Bengals vs. Titans: Updates and scores from the NFL playoffs

In Youngkin's promise of education reform on race, critics fear a whitewash

UVA to host Wake Forest, one of the ACC's surprising teams so far this basketball season
0 Comments
Share this
1 of 2 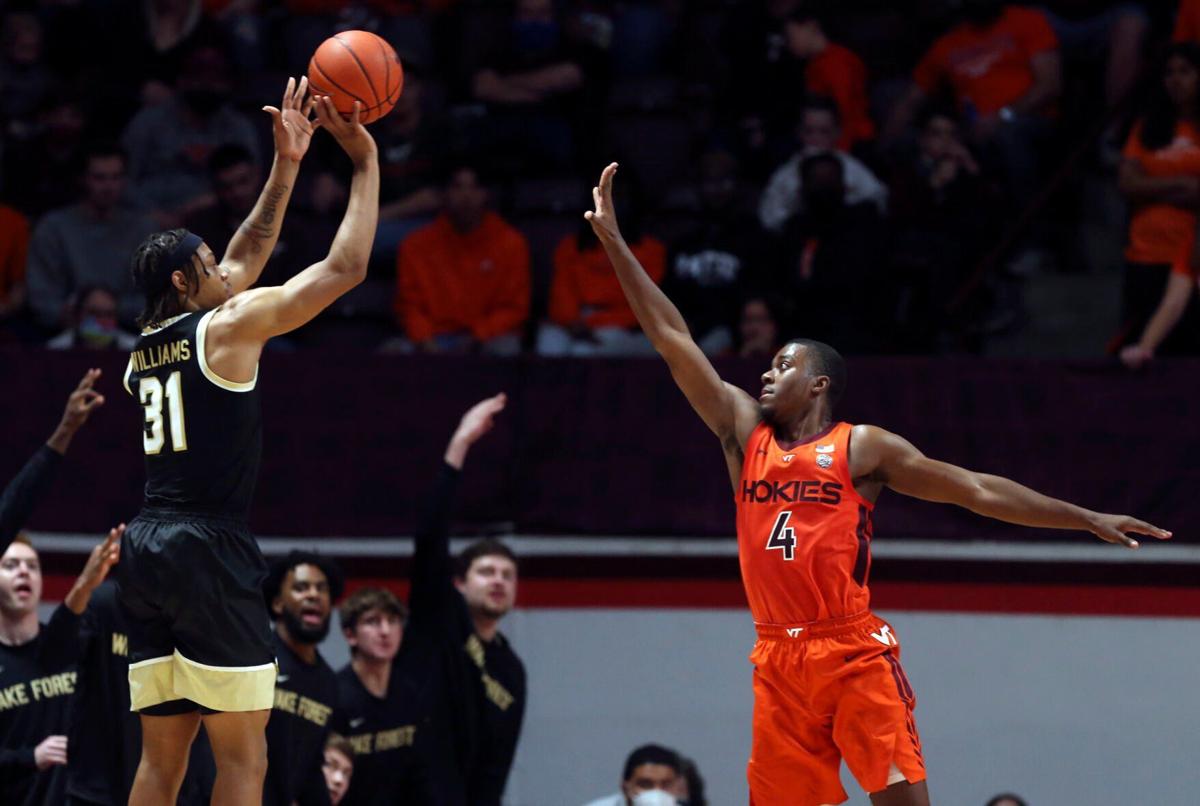 Alondes Williams (31) of Wake Forest shoots a 3-pointer over Virginia Tech's Nahiem Alleyne (4) in the second half. Williams had 10 points. 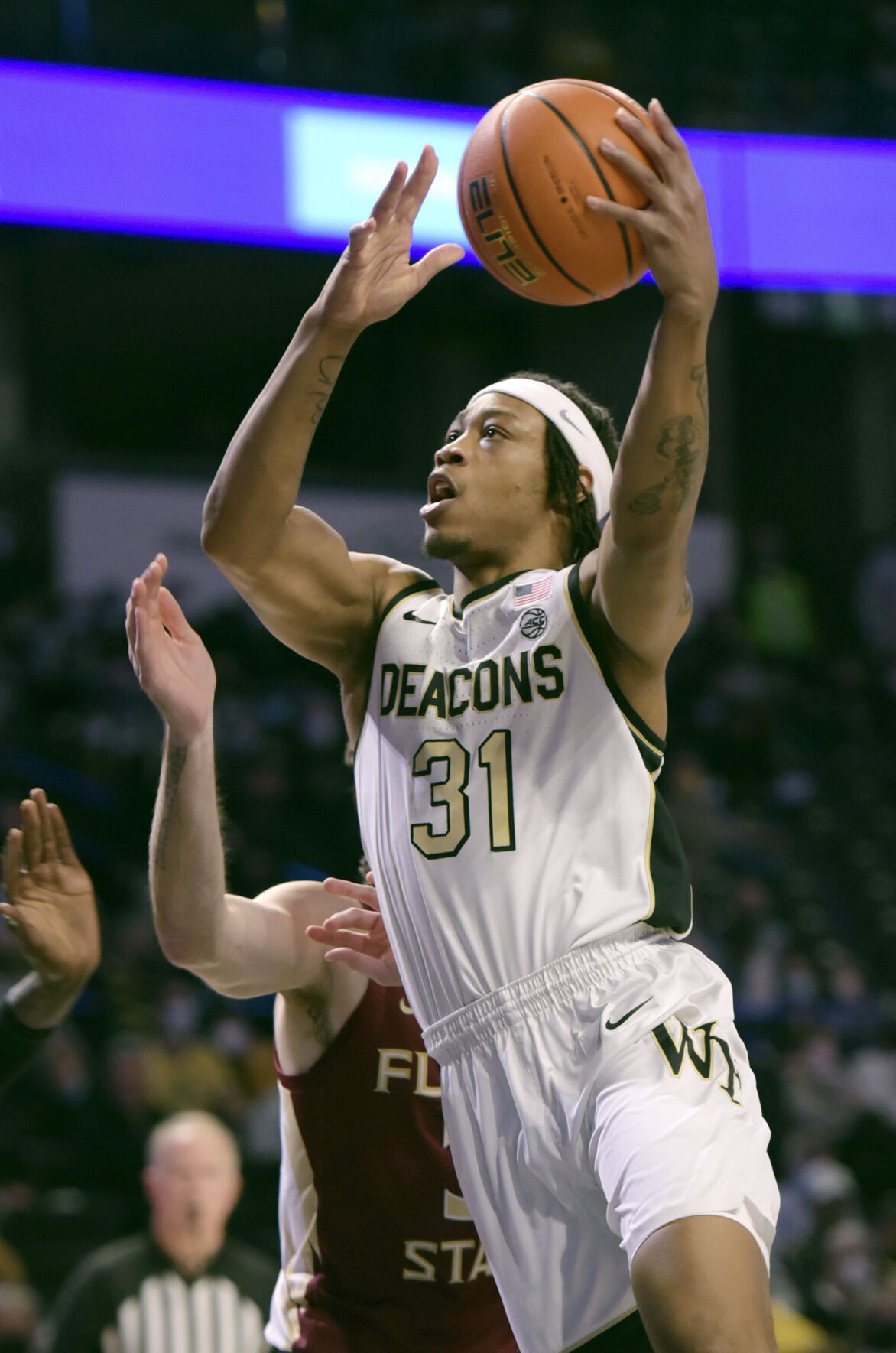 Wake Forest’s Alondes Williams, a transfer from Oklahoma, drove the lane for a basket against Florida State on Jan. 4. He averages 20.7 points, tops in the ACC.

Still, Wake was picked to finish 13th in the 15-team league.

Predictions be damned, going into Saturday’s game at Virginia, Forbes’ team — which opened the year 12-1 — has already notched a trio of ACC victories.

“I thought we had really good pieces,” Forbes said. “Now, you don’t really know that ‘til you get them here. I thought after the end of the eight weeks in the summer, I thought we had a chance to have a good basketball team. And I wasn’t shy about saying that.”

With Williams leading the way — he’s tops in the league with 20.7 points and 5 assists per game, and 14th in rebounding (6.7 rpg.) — the Demon Deacons opened eyes with a convincing 80-61 drubbing of Virginia Tech in Blacksburg on Dec. 4.

“Look, I’ve been around a long time,” said Forbes, a former head coach at East Tennessee State and Northwest Florida State who has been in college coaching for more than 30 years.

Wake Forest, which was not particularly competitive in its last outing, a 76-64 home loss to Duke, has lost its last nine meetings with UVA and hasn’t won in Charlottesville since 2010. Still, Forbes’ team has been one of the most unexpected success stories in the ACC through two and a half months of play.

And it’s not alone.

The teams that sit in first and second, presently, in the league standings are Miami (13-4, 5-1) and Notre Dame (10-5, 4-1), who were tabbed to finish 12th and eighth in the league’s annual preseason poll, respectively. Jim Larranaga’s Hurricanes have been the league’s most unlikely riser.

With an undersized but talented roster, Miami shifted to playing a more spread out style of offense and aimed to create havoc on defense. The results have been impressive.

Led by guards Isaiah Wong, Kameron McGusty and Charlie Moore, a transfer who has helped transform the team, the Hurricanes rank fifth in scoring and second in steals

“As we’ve progressed, I think the guys have gotten more and more comfortable in this style,” Larranaga said. “And I think they’ve really embraced the idea of trusting each other and sharing the ball a lot.”

Not all the surprises, of course, have been pleasant ones. Florida State, a season removed from a Sweet 16 appearance and picked to finish second in the preseason, has stumbled with non-conference losses to Florida, Purdue and South Carolina and a pair of early league losses to Syracuse and Wake Forest.

The Hokies have been the league’s biggest early-season flop. Picked to finish fifth in the league, Mike Young’s club sits at the bottom of the standings midway through January, the ACC’s only team winless in conference play at 0-4 going into Saturday’s home game against red-hot Notre Dame.

Mike Brey’s fighting Irish have won six in a row, the longest current streak in the league.

“I’m disappointed for my team, but, ya know, it’s where you are,” said Young, after the loss to Virginia on Wednesday night.

“You’ve heard me say it. We have a good basketball team. We’re going to pick our heads up. We play as connected and hard-nosed as we did tonight, we’re going to win plenty in this league. I need something good to happen.”

Tech, despite its 8-7 record, winless ACC mark and the lack of a single Quad 1 (the most valuable) victory to date, actually holds the third highest NET ranking — the evaluative tool the NCAA committee leans on for tournament selection — at 41. The Hokies come in ahead of Wake Forest (55), Clemson (65), Notre Dame (70), Florida State (73), Virginia (83), and Miami (8-5).

Wake was one of the last four teams in, while the Hokies were among the last four out. Virginia did not appear in the projection.

“In this league, it looks like — it’s such a balanced league,” Bennett said. “The game will go to who is the most ready and the soundest for most of the games.”

Innovative insulation unveiled for Team USA ahead of Winter Olympics

Brawl breaks out between Cowboys, 49ers fans outside AT&T Stadium

Brawl breaks out between Cowboys, 49ers fans outside AT&T Stadium

These rare photos show Tom Brady from his baseball days

These rare photos show Tom Brady from his baseball days

Spiders gearing up on offense with former Keydets personnel.

Buzz Anthony is a Division III All-American, and his wife, Becca Anthony, made All-ODAC.

Hog Academy has partnered with, or is planning to partner with, players at 18 schools, from ODU to Oregon.

The honeymoon will end at some point. It always does. But anybody who was on the Drillfield on Sunday will remember that they got to have a snowball fight with the head coach.

Tech’s previous on-field staff made around $3.5 annually, minus retention bonuses.

Commonly, everybody on the bench not in uniform is dressed like the manager who runs onto the court with a towel to wipe up a wet spot.

At UVA, Virginia Tech, strength coaches get the first chance to establish culture for new programs

CHARLOTTESVILLE — When Casey Morsell played basketball at Virginia, practices would often start with a drill where he and fellow guard Kihei C…

Alondes Williams (31) of Wake Forest shoots a 3-pointer over Virginia Tech's Nahiem Alleyne (4) in the second half. Williams had 10 points.

Wake Forest’s Alondes Williams, a transfer from Oklahoma, drove the lane for a basket against Florida State on Jan. 4. He averages 20.7 points, tops in the ACC. 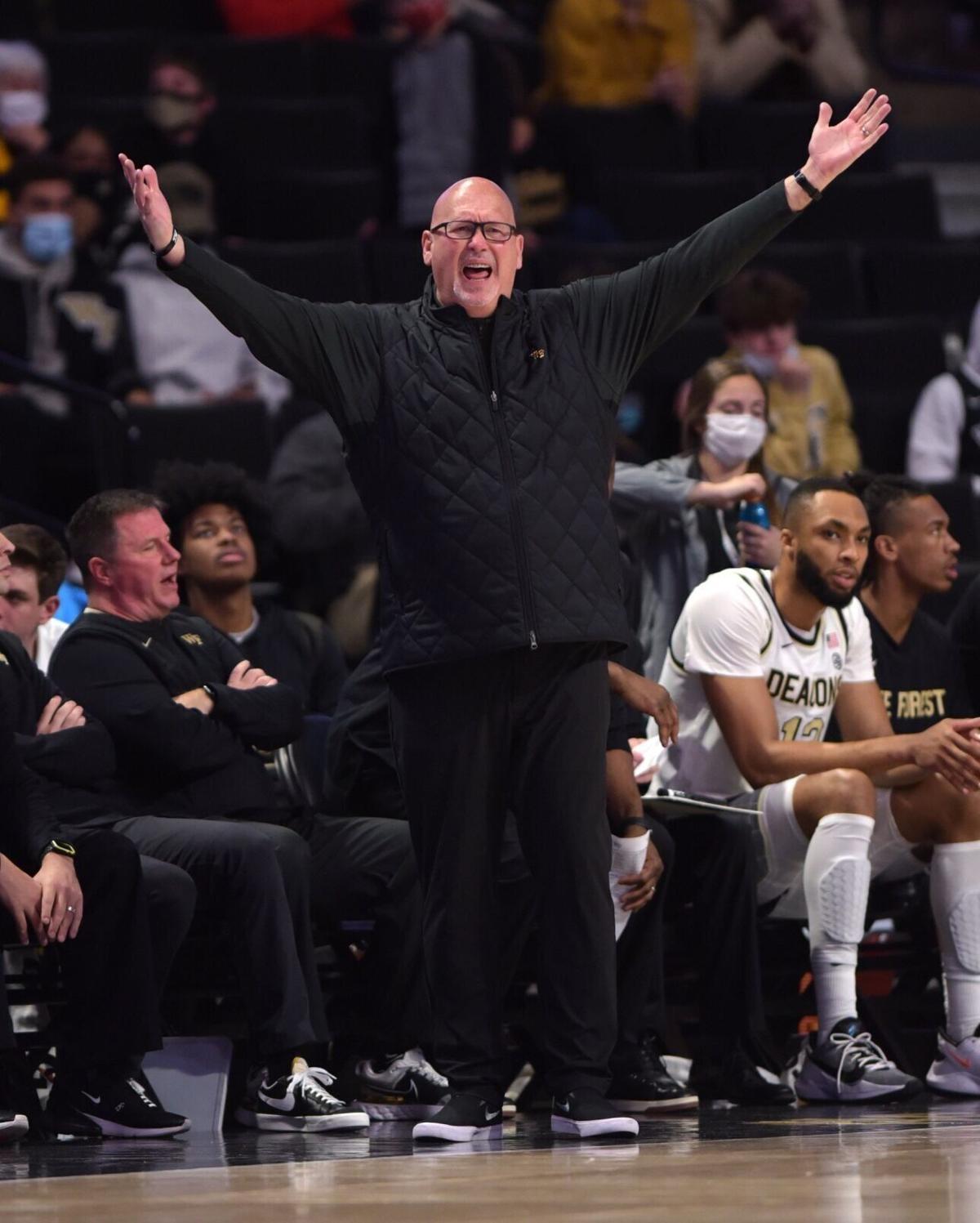