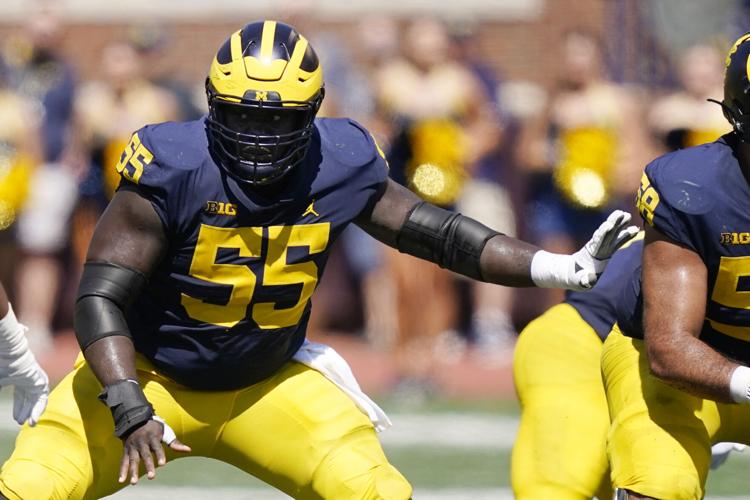 Olu Oluwatimi was a three-year starter at UVa. However, following a transfer this past offseason, Oluwatimi is the starting center for Michigan, ranked No. 3 in the latest AP poll. 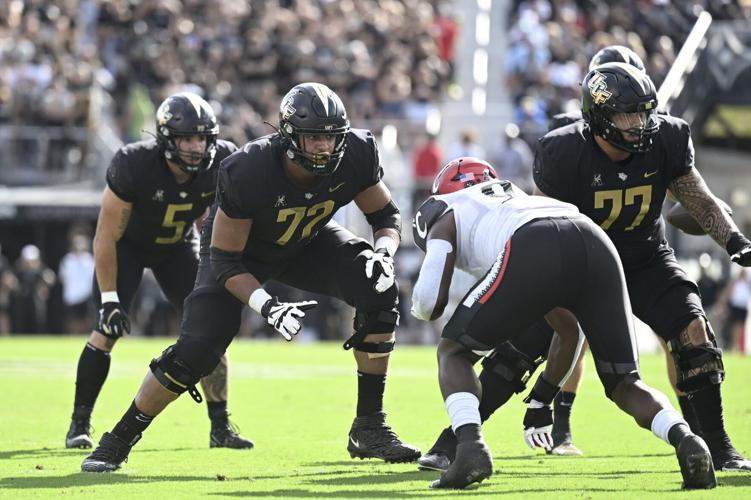 “Even before I entered the portal, I wanted to come to Michigan,” said Oluwatimi, the Wolverines’ center and a former three-year starter at Virginia. “I knew in my heart that I loved the brand of football and the way they out-physical opponents. I wanted to be a part of that.”

At UVa, Oluwatimi was part of a group of linemen who went from being young and a liability for the team, to developing into one of the ACC’s best units. In 2019, that line helped the Cavaliers win the ACC Coastal Division title and reach the Orange Bowl. They also beat Virginia Tech, ending a 15-year losing streak to their rivals.

The group was inseparable … until it separated. After Virginia’s loss to Tech to end the 2021 season, coach Bronco Mendenhall announced he was stepping away. Over the next month, Oluwatimi and fellow line starters Joe Bissinger, Bobby Haskins and Ryan Swoboda all decided to enter the NCAA transfer portal.

Now, all four have been starters at new schools. Three are in the hunt for conference titles and two — Oluwatimi at Michigan and Haskins at Southern California — are in the thick of the hunt for a spot in the College Football Playoff.

Oluwatimi has started all 11 games at center for the undefeated Wolverines, who sit third in the CFP rankings going into Saturday’s massive showdown at rival Ohio State, which is No. 2.

Haskins has started six games at left tackle for the No. 6 Trojans (10-1), who host Notre Dame in their regular-season finale on Saturday.

Swoboda has started all 11 games at right tackle for No. 22 Central Florida (8-3), which still has a chance to reach the American Athletic Conference championship game despite Saturday’s loss to Navy. The Golden Knights need to beat South Florida and have Tulsa upend Houston.

Bissinger has started six games at left guard for SMU, which is 6-5 going into its final regular-season game against Memphis.

“We all keep in touch,” said Bissinger. “We all want to see how everyone’s doing.”

That’s how it was last offseason, when the group kept each other appraised of which schools each was considering and which coaches had reached out to them after they hit the portal.

“We all entered at kind of a different time,” said Swoboda. “We were all in different places in our career, but we talked through it and helped each other with that process. And we still talk.”

For Swoboda, he was the last to officially enter the portal, not putting his name in until late December. He was looking for a school that had a more run-based offense, so he could develop as a run blocker. The Orlando native also wanted to play closer to home.

Bissinger also said he was drawn to returning to his native Texas and said he was eager to earn a master’s degree in business at SMU.

(USC declined to make Haskins available for an interview for this story.)

Oluwatimi started his college career at Air Force before transferring to UVa. He arrived in Charlottesville a lightly regarded prospect. He left as a finalist for the Rimington Trophy, given annually to the top center in college football.

After entering his name in the portal, Oluwatimi for the first time was drawing major recruiting interest. But it didn’t take him long to decide where he was headed next. Michigan had the style of football, the level of fan support and the national title aspirations he was craving.

“I always expect to win,” said Oluwatimi. “At Virginia I expected to win. … I always thought I had the talent to be on a team that could win the national championship and be a major contributor.”

Virginia hired Tony Elliott to succeed Mendenhall in mid-December. But by that point, the linemen had already made up their minds to transfer. Elliott, a former offensive coordinator at Clemson, said one of his few regrets from his transition was not having more of a chance to re-recruit the four linemen who transferred out.

“Really didn’t have much of an opportunity because as soon as I got there, the guys were like, ‘Nice to meet you, but I’m planning on moving on,’” said Elliott. “It just happened so late in the cycle. So, they have to make those decisions relatively early so that they can make sure they secured their spot at other places.”

Said Oluwatimi: “Virginia really wasn’t much of an option once I entered the portal,” he said. “I thought I did everything that I could at Virginia, and I thought that everything that was ahead of me, another opportunity would be best for me to reach my goal.”

The group left behind another rebuilding job for line coach Garret Tujague. The team lost all six players who started multiple games in 2021. Guard Chris Glaser and tackle Ryan Nelson turned pro. Glaser is with the New York Jets, while Nelson was briefly with the Winnipeg Blue Bombers in the Canadian Football League.

“I wasn’t surprised at all. I kind of know what was going on with all of them,” said Virginia senior tackle Derek Devine. “I’m a big believer that when you sign a scholarship with a university, you sign up for four years and then after those four years you make the best decision for you. They’re my best friends, and I think they made great decisions. I’d love to have them here still and I miss them, but I think they made great decisions.”

In the end, the group that left said its experience playing for Mendenhall and UVa helped prepare it for new destinations.

“Under Coach Mendenhall and that staff, the stuff we did at UVa was extremely hard, and it was for a reason,” said Bissinger. “Once you get through four years under Bronco, with all the stuff we did in the offseason, once you give it your all in that and then go to another school, the transition’s always going to be seamless.”

HARRISONBURG — In the heart of the Shenandoah Valley, right off Interstate 81, stands a stadium holding history, character and faith.

Curt Cignetti has coached his football teams to seven consecutive postseasons, two each at Indiana of Pennsylvania and Elon, and the past thre…

Teel: JMU 'Kings of the East' after demolition of Coastal Carolina

Owner Robert Kraft paid for the Virginia team’s flights to and from South Florida.

Spiders prep for first football trip to California. Why going to Sacramento State?

It’s a national, 24-team tournament that includes eight seeds that earned first-round byes, and each starts the playoffs at home. The balance of power this year is in the west.

"He’s such a beautiful person. I wish we had him for four years, but we don’t.”

Curiously, W&M's Mike London is not CAA coach of the year, but he will be rewarded

Their season cut short, Hokies agree 'it's bigger than ball'

Last week, in the wake of the shooting deaths of three Virginia football players, Virginia Tech coaches and players knew their season might be abbreviated.

Who has scored the most World Cup goals of all time?

Who has scored the most World Cup goals of all time?

Olu Oluwatimi was a three-year starter at UVa. However, following a transfer this past offseason, Oluwatimi is the starting center for Michigan, ranked No. 3 in the latest AP poll. 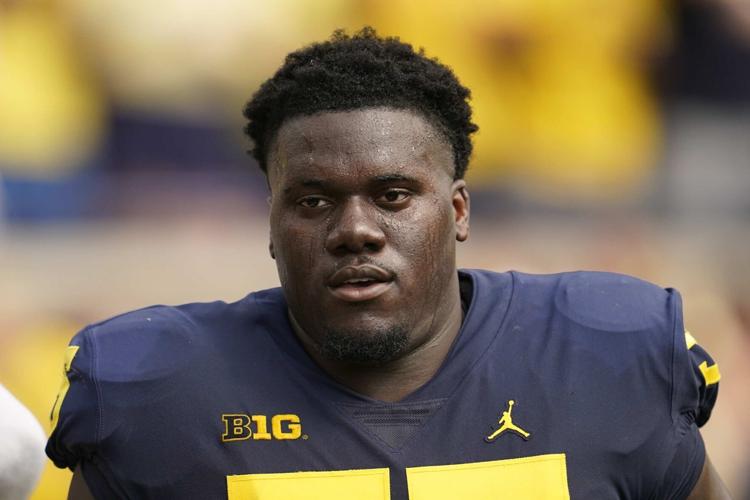 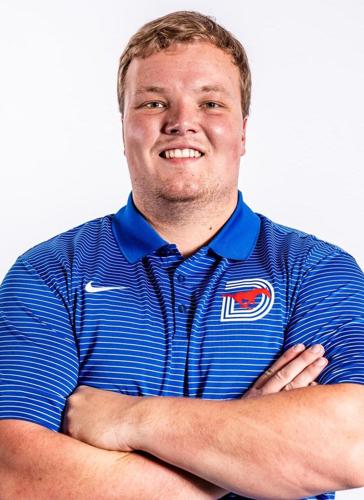 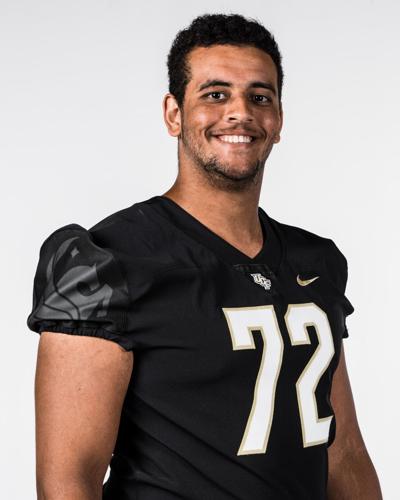 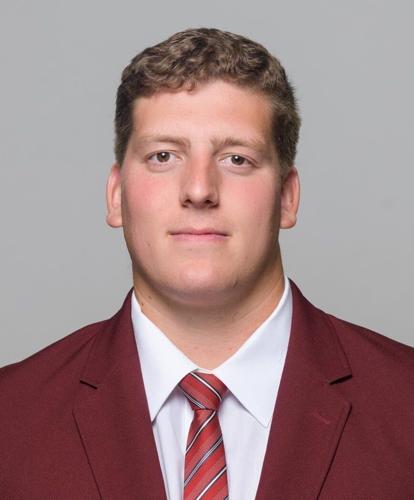