2-10 didn't scare off Mandy Alonso, Joey Blount and Chris Glaser from wanting to help turn around UVA football
0 Comments
Share this
1 of 3 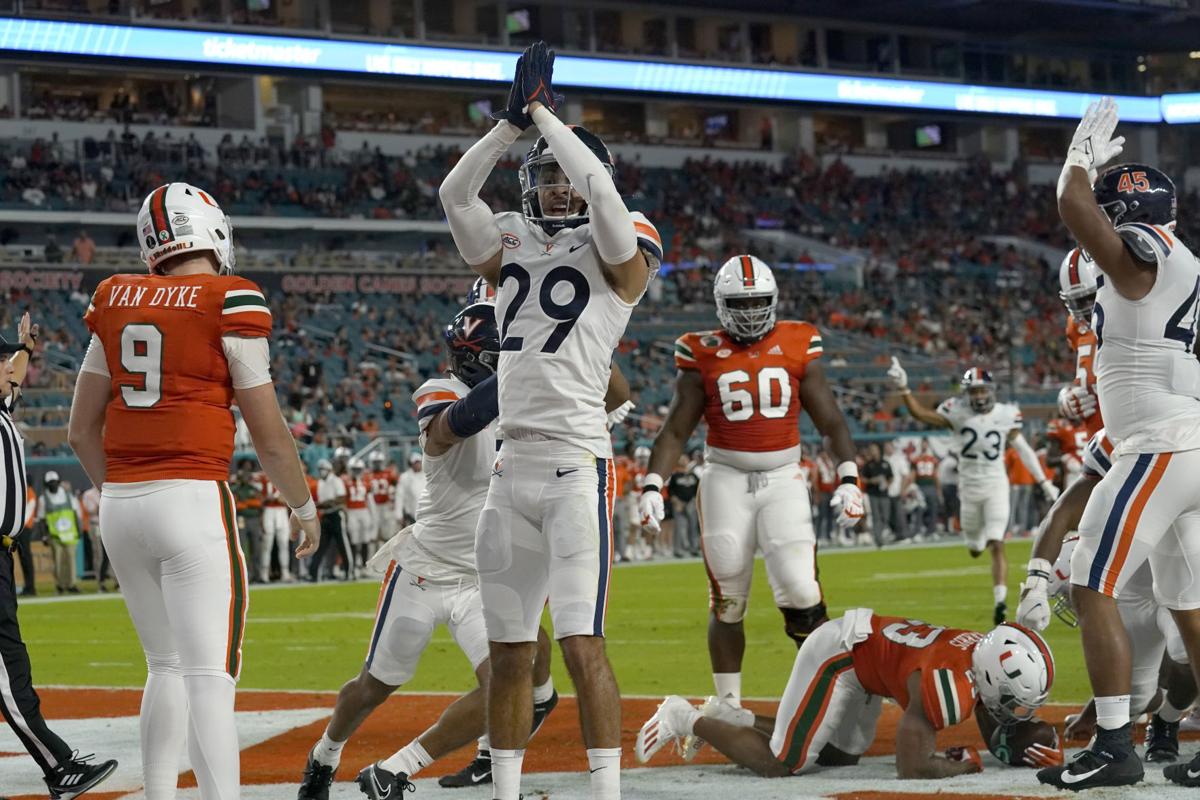 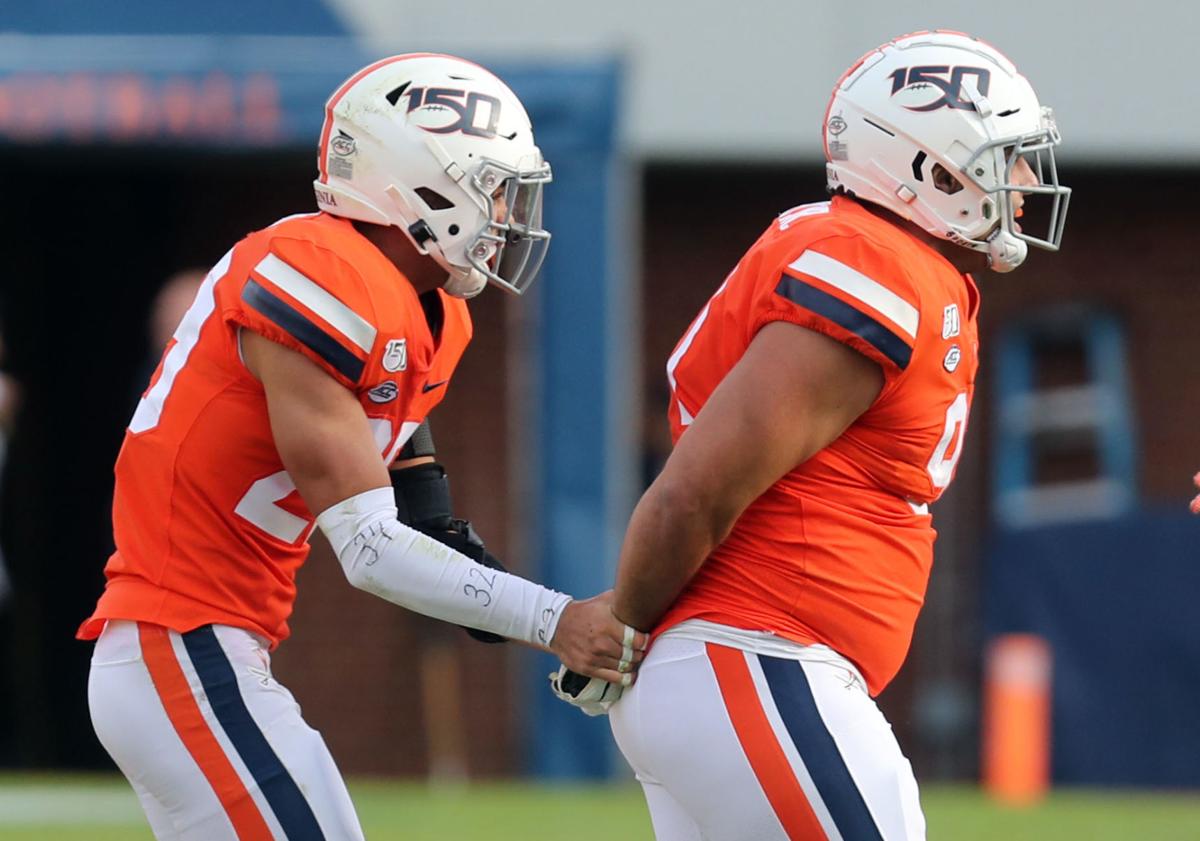 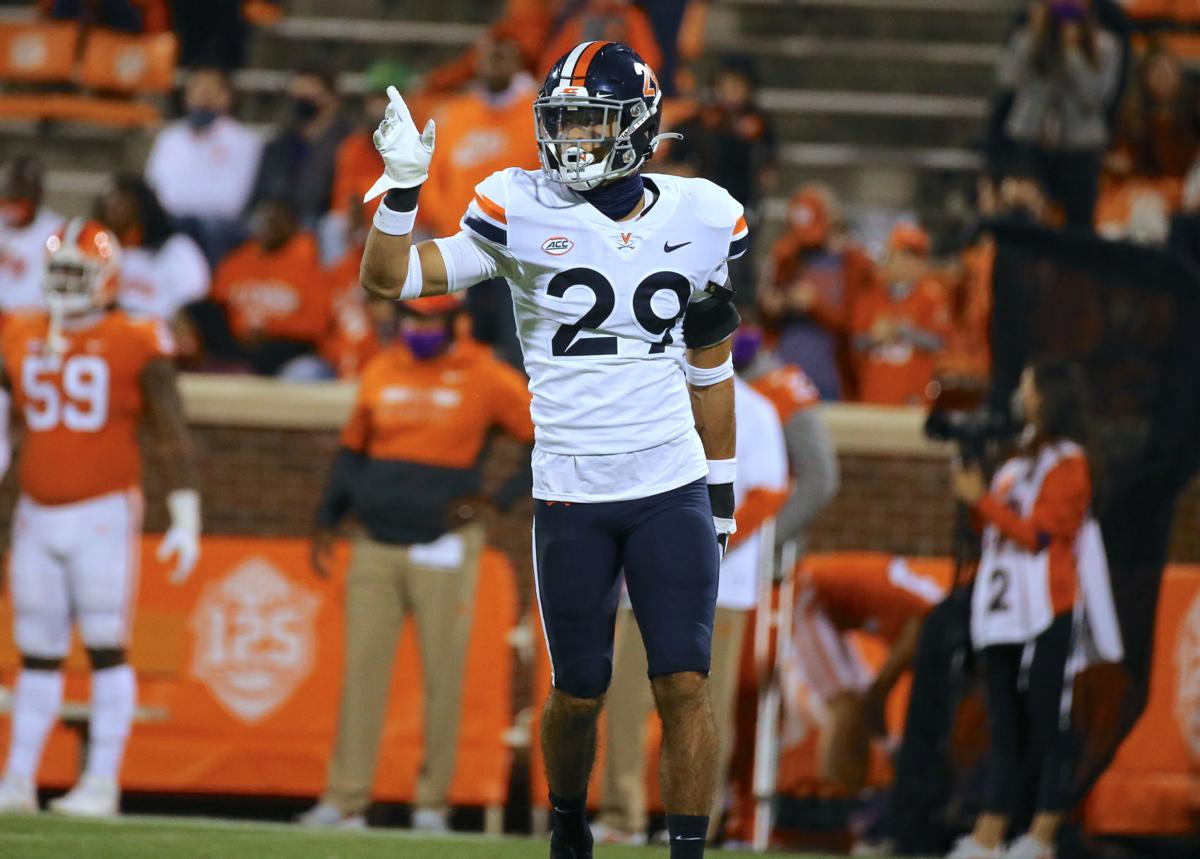 Chris Glaser cringed when the Bronco Mendenhall era at Virginia kicked off with a home loss to Richmond. Mandy Alonso found it hard to watch when he came to homecoming later that year just to see his future school lose by two touchdowns to Pittsburgh.

Joey Blount’s high school buddies mocked him when the team to which he had committed finished 2-10.

Yet despite watching Virginia’s football program bottom out in 2016, Mendenhall’s first season with the Cavaliers, all three then-high school seniors stuck by their decision to join him. Five years later, they’re all glad they did.

At Virginia, Blount, Alonso and Glaser — who play their final home game at Scott Stadium on Saturday against rival Virginia Tech — have been part of the change.

Their first season, the team went 6-7, losing to Navy in the Military Bowl. The next season, they were 8-5 and beat South Carolina in the Belk Bowl. Then came the high point — a 2019 season when UVA finished 9-5 and won the ACC Coastal Division, beating the reviled Hokies.

In all, the Cavaliers (6-5, 4-3 ACC this year) are 34-27 in the five seasons that trio, and classmates offensive linemen Ryan Nelson and Ryan Swoboda, linebacker Elliott Brown and cornerback Darrius Bratton, have worn the orange and blue.

They all chose to come back this season after the NCAA granted an extra year of eligibility to those who played through the pandemic.

“I’ll be forever indebted,” Mendenhall said. “I’m just so thankful and grateful that they’ve trusted me and our program and they’ve enjoyed it enough to want to come back, to give their hearts to this institution and our team and to each other.”

The group has qualified for the program’s fourth bowl in five years. UVA opted out of a postseason game last season during the COVID-19 pandemic. That was one of things that drove this group of super seniors to come back for one more run.

A bigger motivator was the team’s last game of 2020, a 33-15 loss to the Hokies in Blacksburg. It was Virginia’s 16th loss to Tech in the past 17 meetings and made the success of 2019 feel more like a fluke than a change to some.

“I just had to come back,” said Alonso, a defensive end from South Florida. “I couldn’t leave on that note.”

Saturday, Alonso and his senior teammates have the chance to end the regular season on a high note against Tech (5-6, 3-4), while denying their rivals bowl eligibility.

“Over my career, I think that the rivalry game has just become more and more important to me,” said Blount, a safety from Georgia who has battled injuries throughout his career. “Being a part of the program now for five years and seeing the growth of where we started off and what we’ve done so far in this five-year matchup that I’ve been a part of, it’s just really become part of my journey here at UVA.”

For Glaser, his football journey really began when his father retired from the Navy and the family moved from Hawaii to Ohio. Glaser played at Solon High School, a traditionally strong program that had fallen on hard times. Glaser helped get Solon back on solid footing.

“I kind of wanted to do the same thing here at UVA,” said Glaser, who has started 42 games on the offensive line. It’s why his commitment to Virginia never wavered.

“There is that mindset of, ‘I can’t believe we just lost to Richmond,’” Glaser said. “But at the same time, it’s a mindset of, I know this is how this team is, but something has to change. Hopefully I can be that change.”

Alonso felt the same way, even sitting in the stands watching the lopsided loss to Pittsburgh.

“I was like, ‘You know what? I’m going to come in and make a difference,” Alonso said. “All the people back home, they would be like, ‘Oh, you guys suck.’ It was hard, but once I got here and I got on the field and we won more games, it was just like, all right, Virginia’s doing their thing and gaining respect.”

Over their time in Charlottesville, the trio also gained a deep respect — and developed a complex relationship — with their coach. To outsiders, Mendenhall can seem quirky with his assortment of mantras — “Will before skill,” “Earned not given,” and “Protect our cart,” to name a few — and insistence that players earn their jersey numbers anew each offseason. But for Alonso, Blount and Glaser, they’ve come to see him as a mentor and a friend, someone they’re glad they gave commitments as high school prospects and glad they played for.

“My first year, I was scared of him,” said Glaser with a laugh. “I didn’t know the ins and outs of our relationship like I do know. Now, I know I can go to him for whatever I need.”

For Alonso, Mendenhall’s random text messages checking in him are great examples of who his coach is off the field and his care and commitment to his players. On the field, Alonso takes pride in being a team captain this year, something he said was hard to envision as a freshman.

Blount points to the simple chats he has with Mendenhall after practices, the two sitting on benches near the field.

“My relationship with Coach Mendenhall is closer now than it’s ever been,” Bloun said. “We have confidence in each other. We know each other. I know how he coaches and what he expects. He knows how I’m going to play and what effort I’m going to bring to the table.

“But on other side, our personal relationship, he’s been there in supporting me. He’s been more than just a coach to me.”

UVA’s loss to Pittsburgh on Saturday gave the Panthers the Coastal Division championship, which the Cavaliers had sought this season as they did in 2019. The remaining goals? Win what they refer to as the “state championship” on Saturday against Tech, and then win a bowl game.

“Coach always talks about unbroken growth,” Glaser said. “With the COVID year last year, that was broken growth. We just want to get it back on track.”

Tom Brady talks about what he looks forward to in retirement

Tom Brady talks about what he looks forward to in retirement

Cam Heyward apologizes after punching Justin Herbert in the stomach

Cam Heyward apologizes after punching Justin Herbert in the stomach

Visiting Hokies fans stormed the field at Scott Stadium after the win.

Teel: How might a coaching carousel in overdrive affect Hokies' search?

What was I thinking? Ignore Twitter for a couple hours? On the Sunday after college football’s regular season closed?

College Football Picks: How our panel sees the Commonwealth Clash

The Hokies must beat the Cavaliers for the 17th time in the last 18 meetings to become bowl eligible under interim coach J.C. Price.

Teel: Their bowl eligibility at stake, Hokies in familiar, telling place against UVA

Virginia Tech’s bowl streak ended last year as the COVID-weary Hokies opted out of postseason consideration with a 5-6 record. But an even mor…

VCU rumbles to 67-55 win over Syracuse to open Battle 4 Atlantis:

Teel: Bank on big numbers from Brennan Armstrong on Saturday. Can UVA translate them to win over Hokies?

Virginia’s Brennan Armstrong ranks second nationally in passing this season. Each of the other nine quarterbacks among the top 10 plays on a t…

Spiders will have a new offensive coordinator next season