Please log in to keep reading.
Enjoy unlimited articles at one of our lowest prices ever.
Return to homepage × 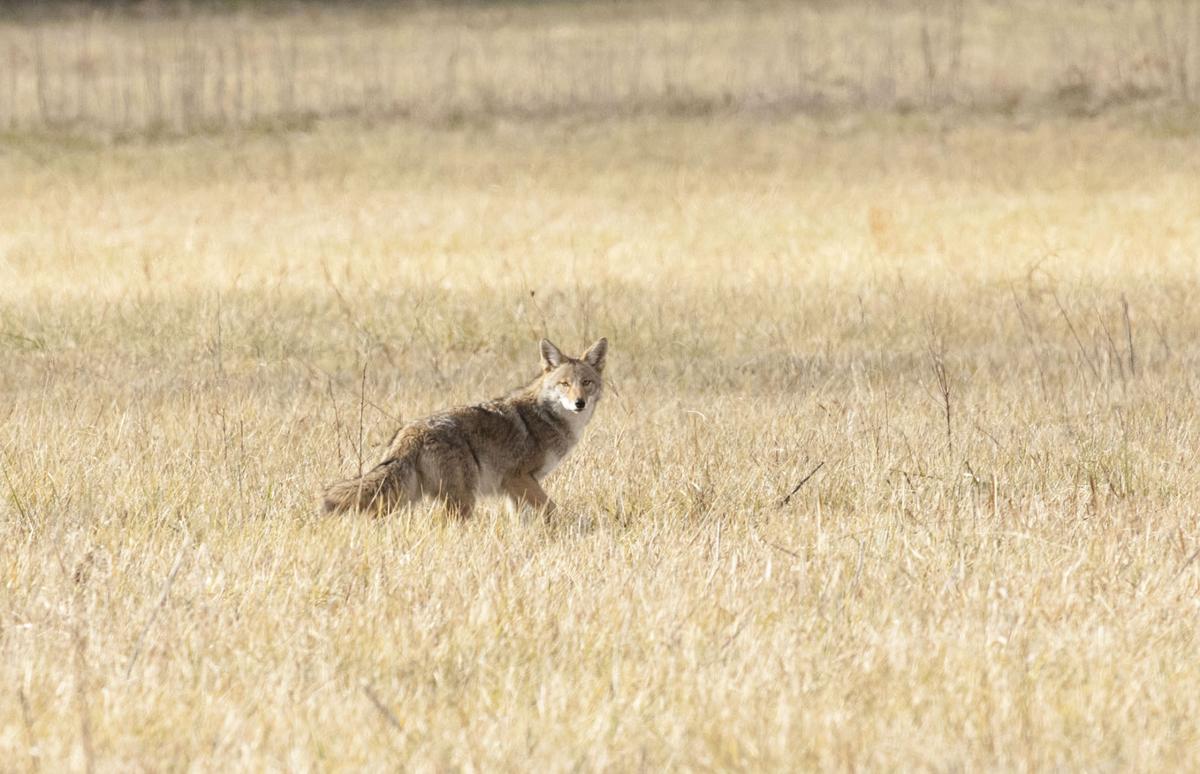 A coyote passes through a field in the North Carolina mountains. 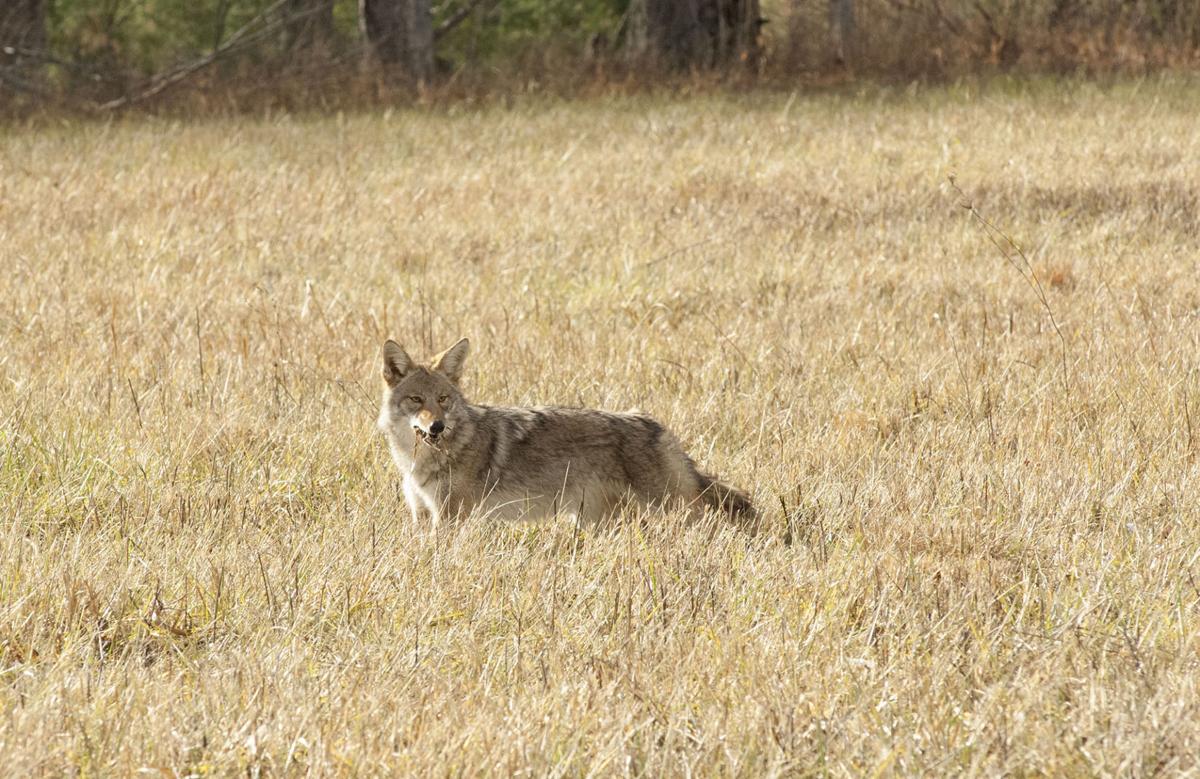 A coyote hunts in a field in the North Carolina mountains. 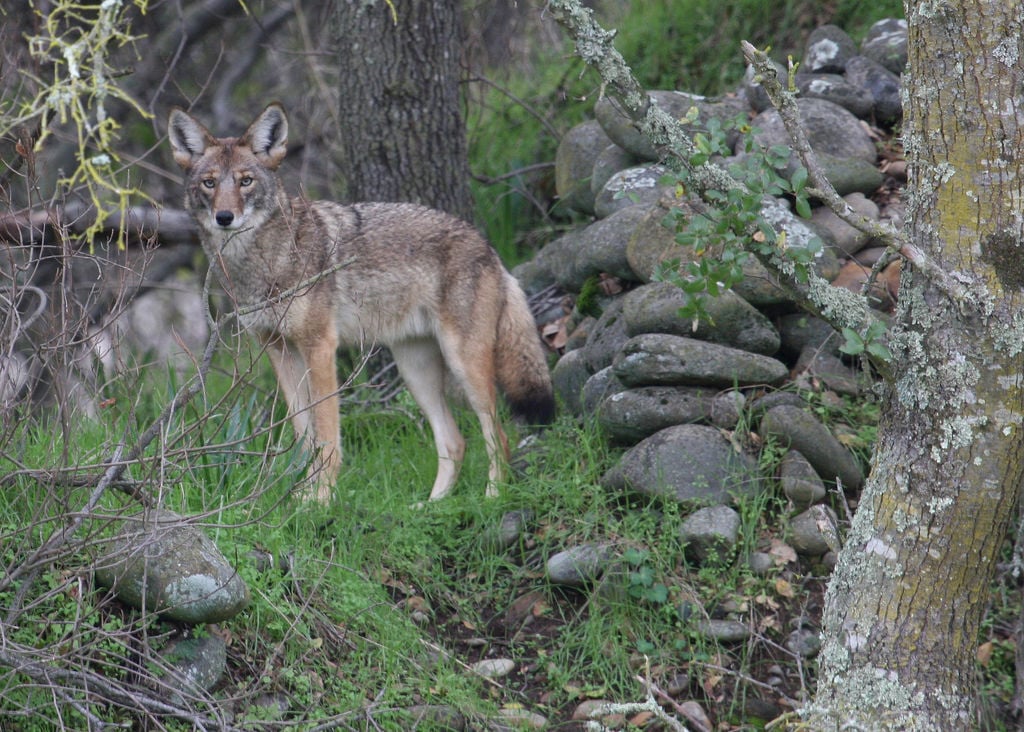 A coyote stands in a wooded area.

A hen was missing from a Statesville, N.C., home last week in the western part of town, but the woman who lived there had a suspect: A coyote.

“So my hen becoming coyote dinner was my fault,” the woman, who wanted to remain anonymous, said. She said she wants to bring awareness to the hazards of living on the edge of nature even in what most would consider close to town.

She said one of her children likely didn’t secure the bird before dark and she believed the culprit was the same one her family heard kill a feral cat the night before. She said they’d been seeing and hearing coyotes the past few months in the immediate vicinity of their home, where they also raise chickens for their eggs.

These encounters are more common over the last decade as the coyote population has grown in the area as there are few apex predators to slow the coyote population growth, according to N.C. Wildlife Resources Commission Officer Matthew Lee. On top of that, as towns and cities expand outward, people come into contact with animals as their environment is overtaken by humans.

“As things build up, you’re going to have more interactions with wildlife. That’s not an issue if you see them, but if there is strange behavior, or out of the ordinary, call us or animal control,” Lee said. Coyotes approaching humans, which they are typically scared of, is one of those strange behaviors, Lee said.

Lee said local N.C. Wildlife officers deal with a handful of calls each year as often coyotes are curious but can be scared off easily by making noise or otherwise letting the animals know they’ve been seen.

Iredell County Animal Services and Control director Kristian Hernandez said negative reinforcement is key in encouraging coyotes to avoid getting too close. He suggested banging pots and pans, shaking a can with coins in it, or anything to give the animal’s attention and let it know it isn’t welcome.

“They’re going to associate people negatively and not want to be close to them,” Hernandez said.

The woman whose hen was taken acknowledged that they hadn’t properly secured their own animals, and Lee said it’s best to secure your pets inside if you have concerns. He also said to make sure food supplies that wild animals might be attracted to are secured. He said whether coyotes, raccoons, or any other animal, it’s about removing what’s attracting them toward where humans are.

However, he said often coyotes are blamed when there are other culprits that are certainly possible in the area.

“It’s unfortunate that coyotes get blamed a lot. It could be a small fox, dog, anything lot. The public always likes to blame coyotes, but it’s not always a coyote,” Lee said.

Virginia will legalize the use of recreational marijuana among adults this summer, an acceleration in the timeline that is meant to curb the d…

A body found near Avon in Friday morning is that of Erik Mezick, whose truck plunged off the Chesapeake Bay Bridge-Tunnel in December, according to the family. A local resident reported finding the body of a male at 9:14 a.m. on the beach between the villages of Salvo and Avon within the Cape Hatteras National Seashore. It appeared to have been in the ocean for a long time, according to a ...

A second lieutenant in the U.S. Army is suing two Virginia police officers over a traffic stop last December during which the officers drew th…

Elizabeth Ricks of Virginia Beach went shopping at the Bed Bath & Beyond in the Pembroke area. She wanted to buy two items, one which was a duster kit that she thought was $19.99. Once she got to the register, Ricks asked the cashier to verify the price. It was $44.99, much more than Ricks wanted to pay. She told the cashier she did not want it and would shop for something else. The cashier ...

Two bills with significant implications for small businesses met different fates in the Virginia Senate, as the General Assembly completed its…

A coyote passes through a field in the North Carolina mountains.

A coyote hunts in a field in the North Carolina mountains.

A coyote stands in a wooded area.