Virginia is poised to begin an exhaustive 12-month review of more than 2 million people in its Medicaid program for the elderly, disabled and low-income families — it’s just a question of when.

The federal-state program, supercharged by Virginia’s expansion of eligibility in 2019 under the Affordable Care Act, has added more than a half-million people since the COVID-19 pandemic began, relying on more than $1 billion in additional federal funding to provide health care for people who can’t afford to pay .

“It’s been our honor for Medicaid to serve as a safe haven for folks with Medicaid coverage during the pandemic,” said Karen Kimsey, director of the Department of Medical Assistance Services, which runs the state’s Medicaid program.

But a reckoning is coming as the federal government prepares to end the public health emergency as early as mid-July, requiring states that received emergency aid during the pandemic to redetermine the eligibility of people on their Medicaid rolls.

It promises to be a long, painstaking process, which could result in up to 20% of Medicaid recipients losing their coverage because they are no longer eligible.

“That’s 400,000 people [in Virginia],” said Doug Gray, executive director of the Virginia Association of Public Health Plans, whose managed care companies provide most of the coverage. “That’s a lot of people.”

“The size and the significance of it is pretty daunting,” Gray said.

State agencies working with nonprofit health care advocates, medical providers and insurance companies are trying to make the process less daunting for people who rely on Medicaid for medical coverage.

The state has already begun running ads on social media and other digital outlets — in both English and Spanish — soon to be followed by radio and television to let recipients know about the process and ask them to make sure their contact information is up to date so they can stay well-informed.

The campaign is also sending information by mail to more than 1.1 million households.

They’re also trying to head off confusion and misinformation about what the so-called “unwinding” process means for Medicaid recipients, who tend to be among the most vulnerable people in communities across Virginia — and among the most misunderstood.

The profile is a little different for the more than 650,000 Virginians who joined the program under new eligibility standards that took effect Jan. 1, 2019, to expand Medicaid under “Obamacare” to include childless adults for the first time. About 45% of those recipients are from 19 to 34 years old and 37% are from 35 to 54 years old.

Where do they live? More than 511,000 Medicaid recipients live in the state’s Central Region: including about 85,000 in Richmond, almost 81,000 each in Henrico and Chesterfield counties, and nearly 16,000 in Hanover County.

The largest number of recipients live in Virginia’s most populous locality Fairfax County, with more than 165,000, followed by Prince William County with almost 103,000.

Medicaid is an expensive program, more than $19 billion a year, divided between the federal and state governments. They split the cost roughly 50-50 for the base Medicaid population, but the federal government pays 90% of the cost for people enrolled under expansion, with a provider tax on hospitals covering the state’s share under the budget deal the General Assembly adopted in 2018.

Almost 49% of the cost provides coverage for the elderly, disabled and pregnant women, who account for just 18% of the Medicaid population.

So why does Virginia have to redetermine the eligibility of all 2 million people enrolled in the program?

After the pandemic began in March 2020, Congress passed the Families First Coronavirus Relief Act, the first of a series of emergency funding bills that provided a higher federal matching share to pay for state Medicaid programs. In Virginia, it was an additional 6.2%, or more than $1 billion through September.

In return, the state could not kick people off the Medicaid rolls, even if they no longer met eligibility requirements. Once the federal government ends the public health emergency, states must begin redetermining eligibility and, as early as Aug. 1, they can remove people from the program.

The U.S. Department of Health and Human Services is expected to decide by Monday whether to end the public health emergency or extend it another quarter of the fiscal year, through September. The government has promised to give states at least 60 days notice before ending the emergency.

Richmond and Henrico health districts to get new leader in July

Once Virginia begins to unwind the program by redetermining eligibility, the state and its partners will look for ways to ensure people continue to receive health care coverage.

“Our fear is that there are people who are eligible who will fall through the cracks,” said Debbie Oswalt, executive director of the Virginia Health Care Foundation, which works to expand health coverage and reduce the number of uninsured Virginians.

Many will reapply for Medicaid coverage if they remain eligible. Some will receive coverage through federally subsidized premiums for insurance on the marketplace that the federal government runs now — the state will take that over at the beginning of 2024. Others who have gotten jobs will gain private insurance through their employers. And some will become eligible for Medicare when they reach 65 years old.

The Virginia Poverty Law Center will be in the middle of those efforts to find health care coverage for people who may no longer qualify for Medicaid. The center, based in Richmond, employs 23 “navigators” across the state in the ENROLL Virginia! program, which helps guide people through the process of finding affordable health insurance.

“We’re expecting a lot of work in helping people to figure out where they belong,” said Sara Cariano, policy specialist and lead health insurance navigator at the law center.

“This is a special initiative in which we want to keep people’s continuity of care,” said Gray at the association of health plans.

Star Wars: The Empire Strikes Back & The Richmond Symphony

The mystery of the secret Virginia air board document

State officials are refusing to release a document that purportedly undercuts Gov. Glenn Youngkin’s desire to remove Virginia from a greenhous…

With a deadline looming at the end of the week for state employees to ask permission to work from home, Virginia has lost the leader of the st… 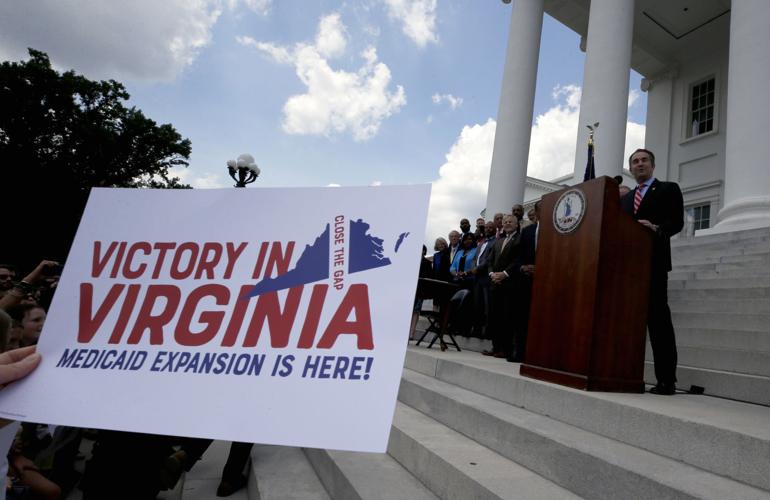 Then-Gov. Ralph Northam made remarks in 2018 before signing the state budget bills that included Medicaid expansion for Virginians. 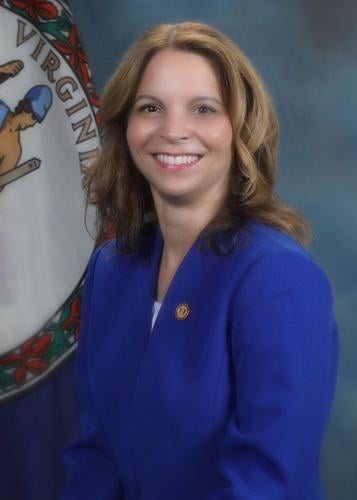