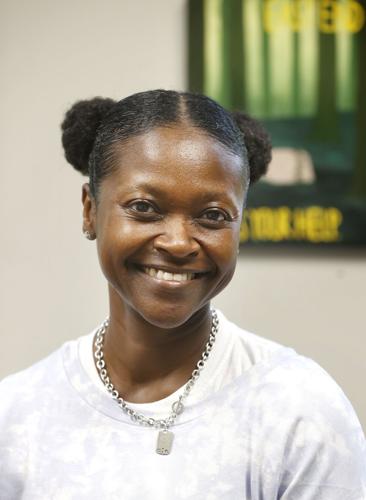 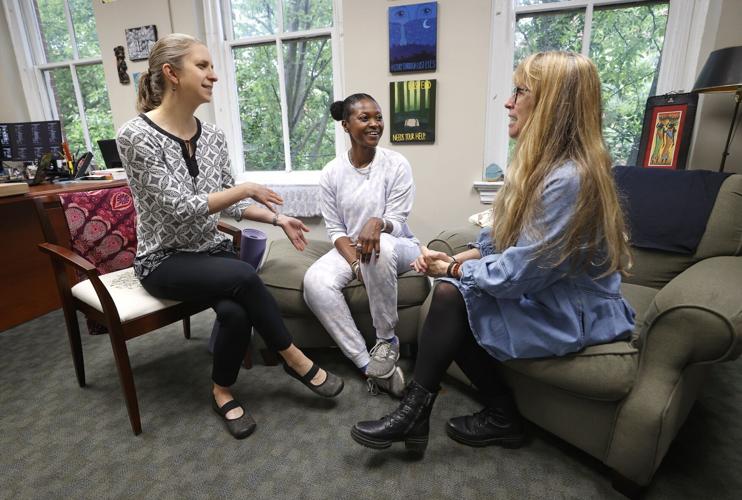 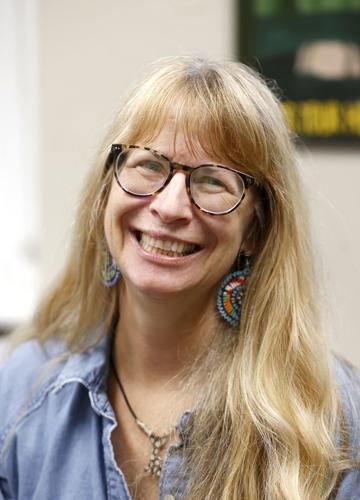 Susan Bodnar-Deren is a medical sociologist at VCU researching maternal health. Photo was taken on Friday, May 13, 2022. 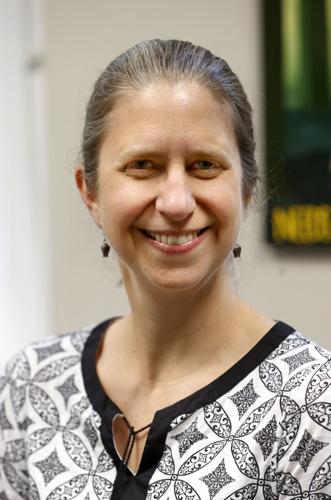 Patricia Kinser is assistant dean for research in VCU's Dept. of Family and Community Health Nursing. Photo was taken on Friday, May 13, 2022.

More than 1 in 6 mothers in Richmond had postpartum depression in the first year of the pandemic, a pregnancy risk that has become more severe as the century’s worst public health crisis wears on.

It was 1 in 8 in 2017, according to data from the Virginia Pregnancy Risk Assessment Monitoring System. And a study from the University of Virginia released this week that used data mobile phone app Flo, which surveys users about their mood in the postpartum period, found that Richmond outpaces state and national figures, which also increased between January 2018 and March 2021.

Factors that can affect rates of postpartum depression include stress, social isolation and lack of social support, said Dr. Jennifer Payne, director of UVA’s Reproductive Psychiatry Research Program and the study’s lead author. The impact of it can also have “significant” effects on the child’s development and IQ, Payne added.

“I think people don’t realize how common [postpartum] depression is and that it is the most common complication of childbirth,” Payne said. “So when we think about caring for moms who are postpartum, we should think about it even more so in the setting of a national crisis.”

But two researchers at Virginia Commonwealth University — Patricia Kinser, a professor at VCU’s School of Nursing, and Susan Bodnar-Deren, a medical sociologist and VCU professor — piloted a study starting back in 2016 that took a different approach: focusing on people experiencing depression while pregnant.

The hope was to see if providing support before the baby arrives could help prevent the impact of postpartum.

“So much of the conversation is about postpartum depression and yet what we know to be true is that women who are dealing with depression and anxiety in pregnancy and, if they are undertreated or untreated, that has negative [consequences] for mom and baby in the future,” Kinser said. “We felt very passionate about working to address that to provide moms tools to learn, in pregnancy, that they could then carry with them throughout the rest of their pregnancy and then that postpartum period.”

The program and clinical trial, named Mindful Moms, tracks the impact of mindfulness and social connection in pregnant people with depression in the Richmond area and is currently funded by a $2.4 million, five-year grant from the National Institutes of Health.

Thirty-six community members, some of whom are from low-income areas to prioritize those with limited access to mental health care, are actively in the study. The total sample size will be 200.

Mindful Moms provides participants with weekly check-ins, 12 weeks of prenatal yoga or pregnancy education classes, and up to $180 as compensation. Six weeks after giving birth, the team conducts additional interviews.

Da-Shanda Burton, a yoga instructor with the VCU study who has been a prenatal yoga teacher since 2015, has seen the weekly yoga classes become a community and safe space for the soon-to-be mothers — a chance to regain control through physical movements and regulating breathing patterns.

“Being in the now without any judgment, without any expectation, that kind of lets them off the hook that gives them grace,” Burton said. “When we take a moment to listen to ourselves, to quiet down, to pause and to actually listen — so that we are receiving the messages that our bodies are trying to tell us — that’s how we [reconnect] to our selves so that we are the best caregivers.”

Burton said she’s noticed participants becoming empowered and feeling like they have the ability to express joy and communicate with one another. Some participants continue to gather even after leaving the program.

The stigma and fear of being seen as a bad mother are common reasons perinatal and postpartum anxiety and depression aren’t openly talked about, Bodnar-Deren added.

Ongoing interviews with participants showed that the pandemic worsened the issues and highlighted the cracks inside a complex and fragmented health care system.

In one study from Kinser monitoring the experience of pregnant individuals and new mothers during the first few months of COVID, participants said the following:

”It’s always hard being a mom, but the pandemic has made everything harder.”

”Being a Black woman and being pregnant is literally the happiest and most terrifying experience.”

”It takes a village to raise a child. And because of the pandemic, the village got stripped away from us.”

”My whole schema of what the postpartum time was supposed to look like was falling apart — no family support — I have no idea how we got through it.”

The U.S. is 1 of 7 countries in the world without national maternity leave and 1 of 83 to not offer paid leave for new fathers, according to a New York Times analysis. A Democratic-led effort to pass four weeks of paid family leave has struggled to make headway in Congress.

Among the countries offering paid maternity leave, the average length of time off is more than seven times that at 29 weeks, which is just over seven months.

“Having that standard to all people, no matter what [would help],” Kinser said. “Because if you’re a low-income worker, you don’t get maternity leave. How do you navigate that? Especially if you don’t have family to help. How do you make that work?”

The UVA study found that states with a lower unemployment rate for women had higher rates of postpartum depressive symptoms. Payne said a possible reason is that mothers continued to work while juggling child care, work demands and school closures. Women also made up a majority of the health care force.

“The crazy thing is we know what works,” Bodnar-Deren said. “I talk about health care policy like moving like the Titanic. On an individual level, we’re in our little speedboat, we see that iceberg and we can move really quick. But health care policy is: iceberg is straight ahead and we’re just not moving.”

The program’s focus on mindfulness is a type of low-cost intervention that, in addition to reimbursing parents for such activities as yoga and support groups, could save governments millions of dollars in the future, Bodnar-Deren added. This is in large part because people embedded in community tend to have better mental health outcomes, which translates into better physical health.

“There’s kind of a normalization of what you’re feeling so you don’t feel as different from everybody, but then you also have people you can reach out to,” she said. “It can be in terms of a conversation or getting together, but it can also just be a, ‘Hey, I’m not going through this by myself.’”

A federal jury in Richmond on Friday found three members of a Midlothian family guilty in a scheme that kept a woman from Pakistan in forced labor at their home for more than a dozen years.

Richmond City is likely to enter medium level in the coming weeks.

Update: I-95 backup in Chesterfield clear after 8-mile delay

The crash occurred sometime around 3 p.m. near the Route 10 exit, according to VDOT officials.

Planning error, inflation drove up cost of construction 67% for this VCU building

The VCU data center will cost $970 per square foot, up from $580 when the project was approved by the board of visitors in October.

I-64 shooting under investigation

Henrico County authorities on Saturday released details about what's being investigated as a drive-by shooting.

Within a recent 60-day period in Chesterfield County, 48 people charged with assaulting a family member were released by a county magistrate w…

For the first time, it's Navy Week in Richmond. Here's what that means.

The Hanover County Sheriff's Department is investigating a two-vehicle collision Saturday, in which one person died after being transported to a local hospital.

The Richmond Police Department responded Wednesday afternoon to a fatal vehicle collision involving a motorcycle and a sedan on Hull Street.

That view from LIbby Hill though! See more in 8@4 presented by VCU Massey Cancer Center

That view from LIbby Hill though! See more in 8@4 presented by VCU Massey Cancer Center

Susan Bodnar-Deren is a medical sociologist at VCU researching maternal health. Photo was taken on Friday, May 13, 2022.

Patricia Kinser is assistant dean for research in VCU's Dept. of Family and Community Health Nursing. Photo was taken on Friday, May 13, 2022.