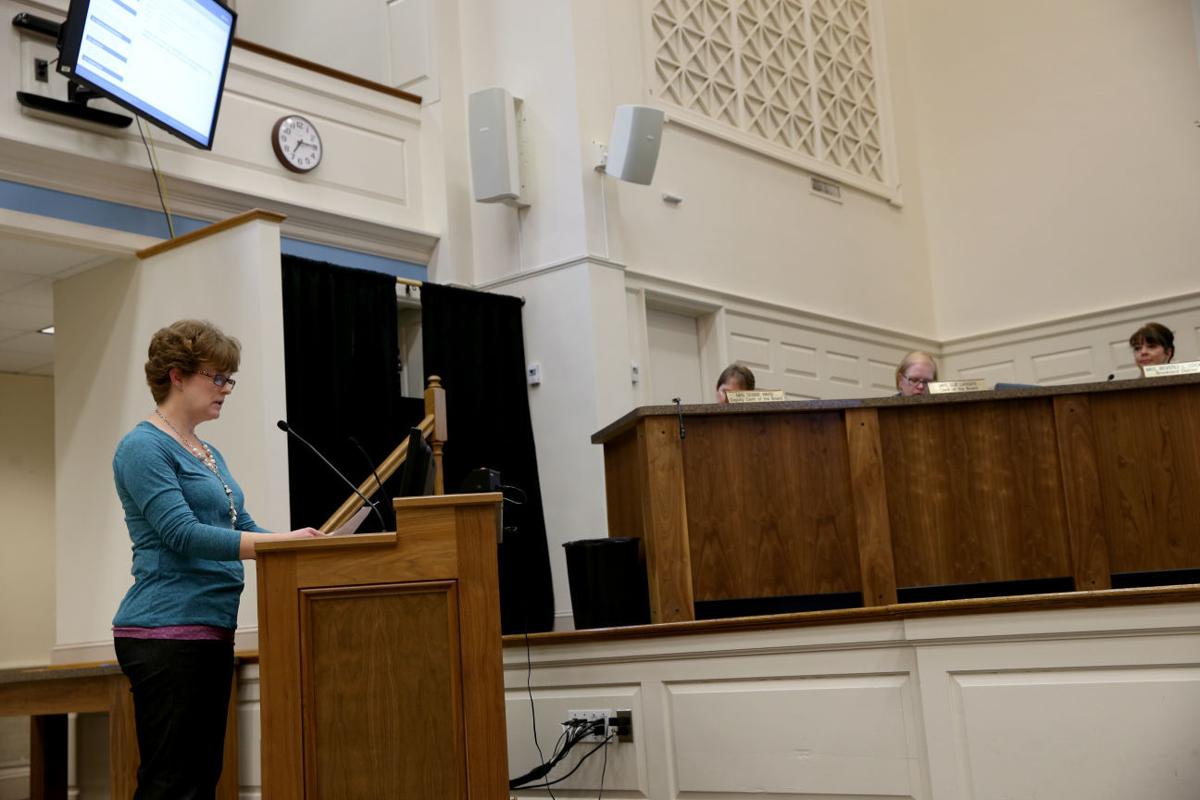 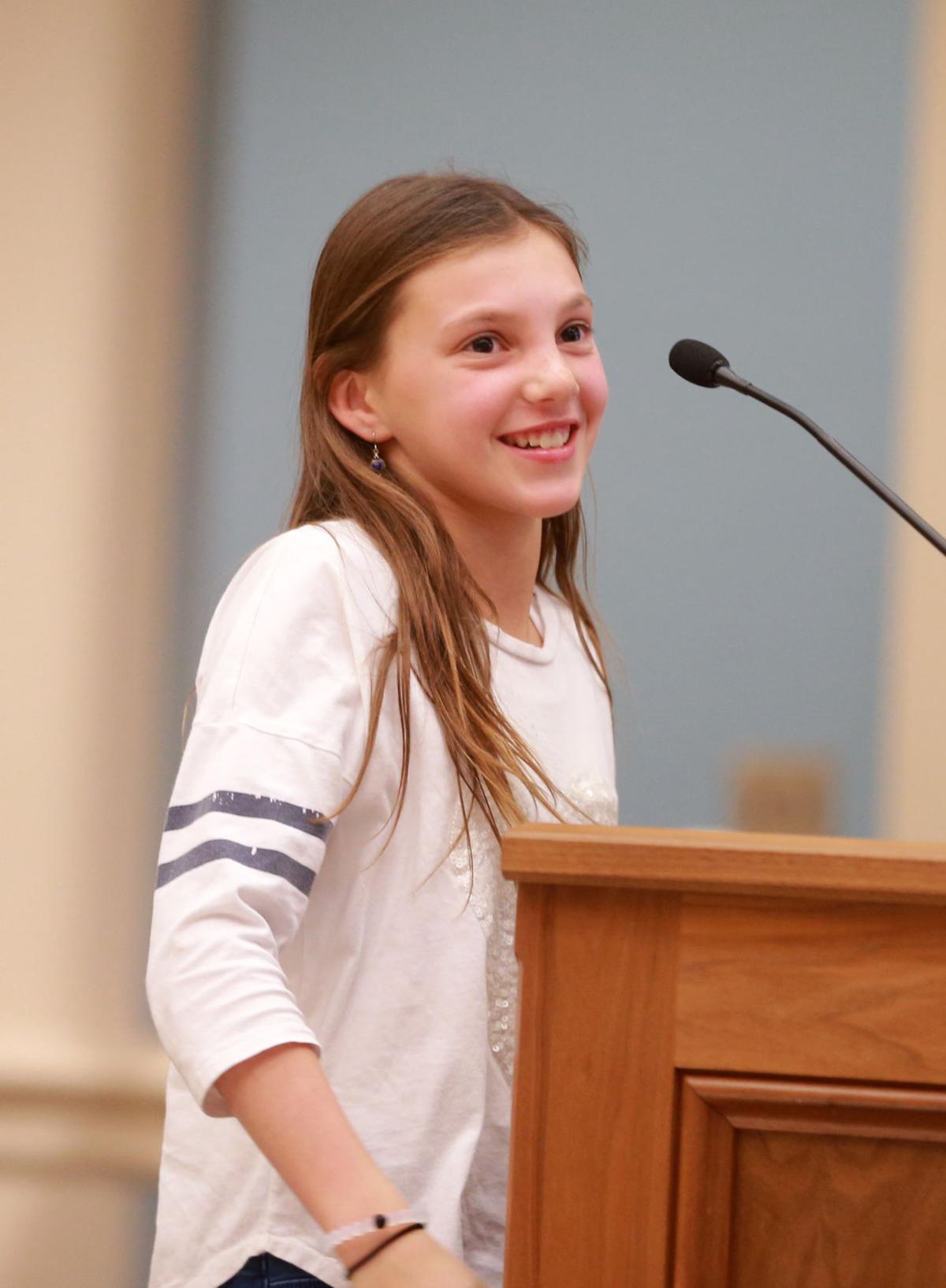 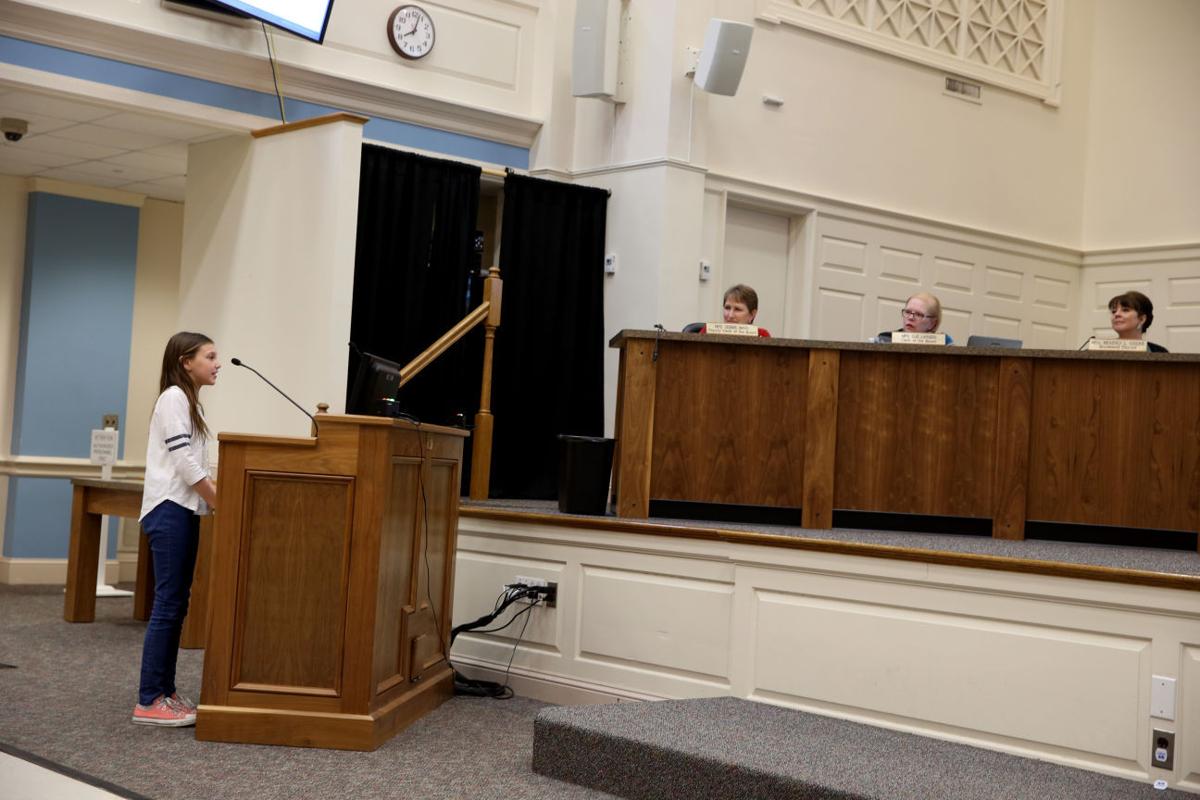 Nearly a dozen parents went before the Henrico County School Board on Thursday demanding that a public hearing be called to begin the process for renaming Harry F. Byrd Middle School because of its namesake’s efforts to preserve racial segregation.

After parents finished speaking, School Board members asked Superintendent Patrick C. Kinlaw to prepare a report detailing everything that a name change would entail.

“In thinking about it, I have no factual knowledge of all that is involved. We have not ever dealt with this issue before as a board,” Vice Chairwoman Lisa A. Marshall said. She added: “It’s not something where we can just cross out a name.”

The board asked Kinlaw to present the report at its February meeting.

Parents and other proponents of the name change say Harry F. Byrd Sr.’s stance on racial segregation in education is contrary to the school system’s ideals and educational mission.

“We all stand united in our belief that no public school — but particularly one with a 50 percent minority student population — should continue to bear the name of the person who caused the closure of public schools rather than allow them to be desegregated, someone who felt that African-American students were not worthy of attending the same schools as white students,” said Anne-Marie Leake, whose son is a sixth-grader at the school.

Byrd was a U.S. senator, Virginia senator and governor. While in the U.S. Senate, Byrd led the Massive Resistance movement to combat the U.S. Supreme Court decision to integrate black and white schools. The movement and its laws shut down schools that attempted to integrate.

Parents of Byrd Middle students have been mounting a campaign to change the school’s name since the summer. Hermitage High School senior Jordan Chapman separately started a petition that she circulated at football games.

Parents said Thursday that they and Chapman have gathered about 1,000 signatures.

Robert Voorhis urged the board to consider what the name means to the large number of minority students who attend the school and who “find themselves in an absurd situation.”

“On one hand, the School Board promotes campaigns against bullying and encourages students’ self-worth,” he said. “On the other hand, the School Board sends young black children to a school named after a segregationist leader. A segregationist leader who believed that black students were so inferior to whites that they couldn’t go to school with whites. Or eat in the same cafeteria as whites. Or use the same bathrooms as whites.”

One sixth-grader at the school said her life would be far different if Byrd’s views had prevailed.

“My best friend is black,” Erin Alburger said. “If Harry F. Byrd (had his way), she would not be walking in the halls to class with me.”

Byrd’s sentiment carried on through his son Harry F. Byrd Jr., who succeeded him in the U.S. Senate.

At Byrd Middle School’s opening ceremony in 1971, Byrd Jr. took the opportunity to decry busing black and white students to schools outside their feeder pattern, a common practice to achieve integration.

“Byrd called the concept of forced busing to achieve racial balance ‘misguided thinking’ and said, ‘We have declared war on compulsory busing,’ ” according to the next day’s article in the Richmond Times-Dispatch.

The ceremony drew about 700 people, and Byrd Jr. was interrupted six times by applause for his comments against integration through busing, which he said “destroys the community character of their schools.”

Only one person spoke in favor of keeping the name Thursday night.

Dennis Turkal defended Byrd as some someone who “served this nation” while dismissing his stance on segregation and Massive Resistance.

“I just don’t understand it,” he said of the demands to change the name.

“We have problems. We have people that don’t have a place to call home. … Doesn’t a name change for Harry Byrd have a low priority? I don’t understand why you’ll even deal with this.”

No swimming, wading in the James after pipe rupture dumps 300,000 gallons of raw sewage, says Virginia Dept. of Health

People and pets should avoid swimming, wading and tubing in the James River, the Virginia Department of Health said.

A Virginia woman opened sanctuary for elderly border collies in Gloucester County. Then her neighbors sued.

Most of the dogs are old and most are ailing, some with a dire combination of diseases and diagnoses that leave them not long for this world.

Prosecutors said that the Richmond mail carrier, who helped traffic an estimated 11 to 33 pounds of cocaine from California to Richmond, "accepted bribes in a wildly successful cocaine trafficking conspiracy."

A framework used to understand why a disproportionate number of students of color are suspended from school, or why family wealth is lower for…

Last week, Danielle Jones went to get a personal loan with a 36% to 40% interest rate from Check City on West Broad Street in Richmond. It’s t…

Around 100 small-business owners from Virginia joined Sen. Joe Morrissey, D-Richmond, for a news conference Monday to highlight the negative i…