Richmond requiring all city employees to be fully vaccinated by Oct. 1 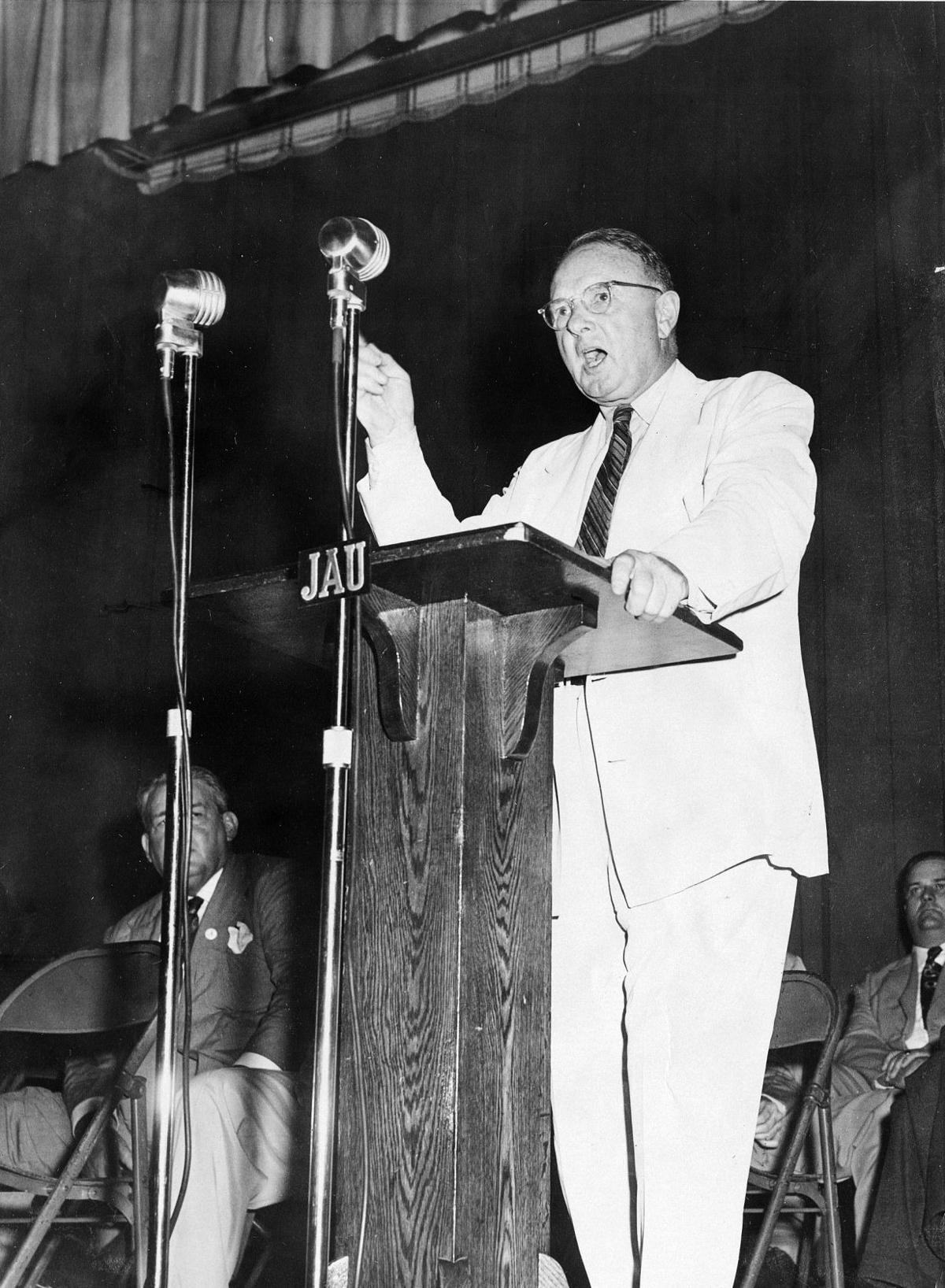 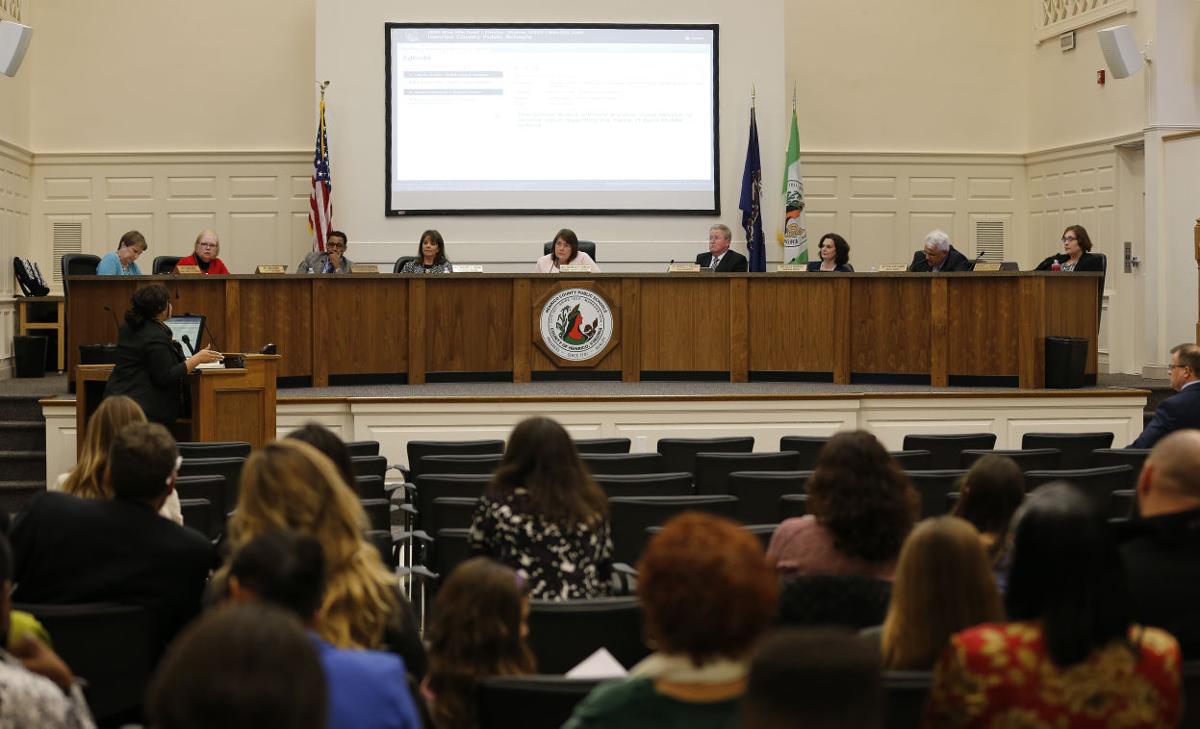 The Henrico School Board heard comments regarding the changing of the name of Byrd Middle School, Wednesday 3/2/2016.

For the first time since an effort to rename Harry F. Byrd Middle School began last summer, supporters of keeping the school’s name spoke out in large numbers Tuesday night.

But they were vastly outnumbered by critics.

About 40 people spoke at the Henrico County School Board’s second public hearing on the topic.

Supporters of the school’s name said stripping Byrd’s name off the school is whitewashing history and would put the school system on a slippery slope. They argue that Byrd did much good in the state despite his support for segregation.

“We, in 2016, are not viewing his actions in context,” said Kate Martelino, a Virginia Tech freshman who attended Byrd in sixth and seventh grade.

“Seven of Virginia’s eight presidents were slave owners. Woodrow Wilson was an ardent segregationist, but he also helped bring the United States together as the first self-proclaimed Southerner elected after the (Civil) War. I ask that we study Senator Byrd’s pros, as well as cons, as we would any other historical figure.”

Martelino’s comments were welcomed with a smattering of applause, as were others, but her opinion was in the minority.

Tuesday’s public hearing, which drew about 120 people, was the second in the past week. About 70 people turned out at the meeting at the New Bridge Learning Center a week ago.

A group of parents of Byrd students are asking the School Board to change the school’s name because Byrd, a U.S. senator, Virginia senator and governor, fought the U.S. Supreme Court decision to end school segregation while he was in the U.S. Senate.

As has happened over the past several months, parents, students and community members on Tuesday night spoke out in numbers demanding that the School Board change the name of the school.

“This is an isolated request based on Byrd’s leadership of a movement that brought great harm to public education and to public school students,” said Anne-Marie Leake, whose child is a sixth-grader at the school. “Perhaps his economic policies were beneficial to the state, but his name does not belong on a school.”

Many have noted that the school has a 50 percent minority population, 20 percent of which is black.

Aaron Durr, who has two children who attend public school in Henrico, said the school now educates “a population of students (Byrd) would have hated with all of his hateful, racist heart.”

“The fact that he balanced budgets doesn’t ease the stain he brought on this state’s history,” he said. “There is no justifiable reason to keep his name on the school.”

“Times have changed,” Byrd sixth-grader Erin Alburger said, “but this name hasn’t, and it should.”

Of the 40 or so who spoke Tuesday, the few who supported keeping the school’s name argued that Byrd’s good work should not be overlooked.

William Akers said Byrd was a man of his time who was opposed to the federal government’s attempt to get involved in the state’s business.

“This is a slippery slope,” he said.

“We know the predictable arguments you’ll hear tonight against changing the name,” said Jason Elswick, who has a son in seventh grade at Byrd and an older son who graduated from the school.

“They are the same arguments obstructionists on the wrong side of history have used since the beginning of time to impede progress.”

In a report to the School Board earlier this month, school system officials said it would cost about $136,000 to replace dozens of items, including signs inside and outside the school building, athletic uniforms, lanyards and “spirit wear.” Included in that figure is $88,549 for athletics — uniforms, equipment bags and other materials.

Some parents have challenged the figure, saying it seems inflated in part because the cost of team uniforms that parents already purchase for their children is included.

Michelle F. “Micky” Ogburn, the School Board chairwoman, said the board will discuss the issue at Thursday’s work session and could vote on the matter at that time.

No swimming, wading in the James after pipe rupture dumps 300,000 gallons of raw sewage, says Virginia Dept. of Health

People and pets should avoid swimming, wading and tubing in the James River, the Virginia Department of Health said.

A Virginia woman opened sanctuary for elderly border collies in Gloucester County. Then her neighbors sued.

Most of the dogs are old and most are ailing, some with a dire combination of diseases and diagnoses that leave them not long for this world.

Prosecutors said that the Richmond mail carrier, who helped traffic an estimated 11 to 33 pounds of cocaine from California to Richmond, "accepted bribes in a wildly successful cocaine trafficking conspiracy."

A framework used to understand why a disproportionate number of students of color are suspended from school, or why family wealth is lower for…

Last week, Danielle Jones went to get a personal loan with a 36% to 40% interest rate from Check City on West Broad Street in Richmond. It’s t…

Around 100 small-business owners from Virginia joined Sen. Joe Morrissey, D-Richmond, for a news conference Monday to highlight the negative i…

The Henrico School Board heard comments regarding the changing of the name of Byrd Middle School, Wednesday 3/2/2016.