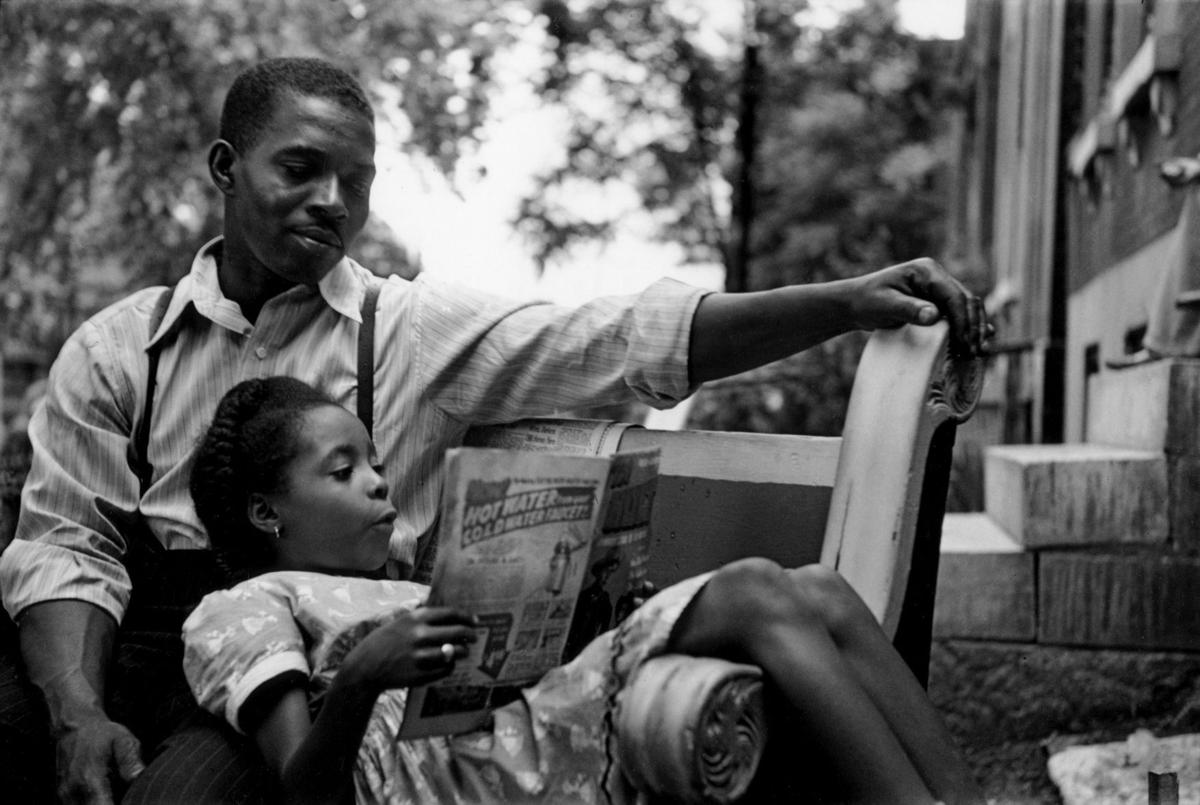 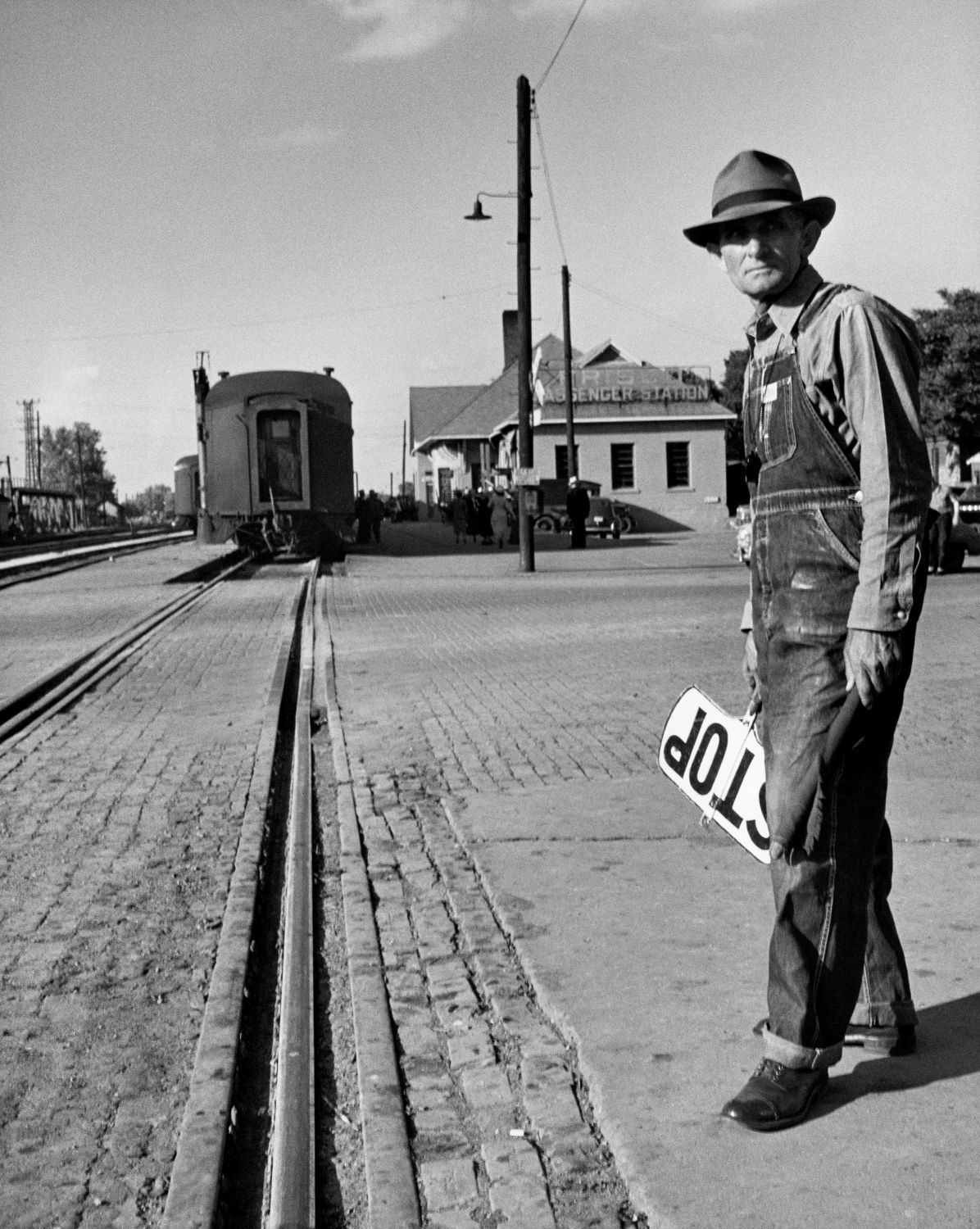 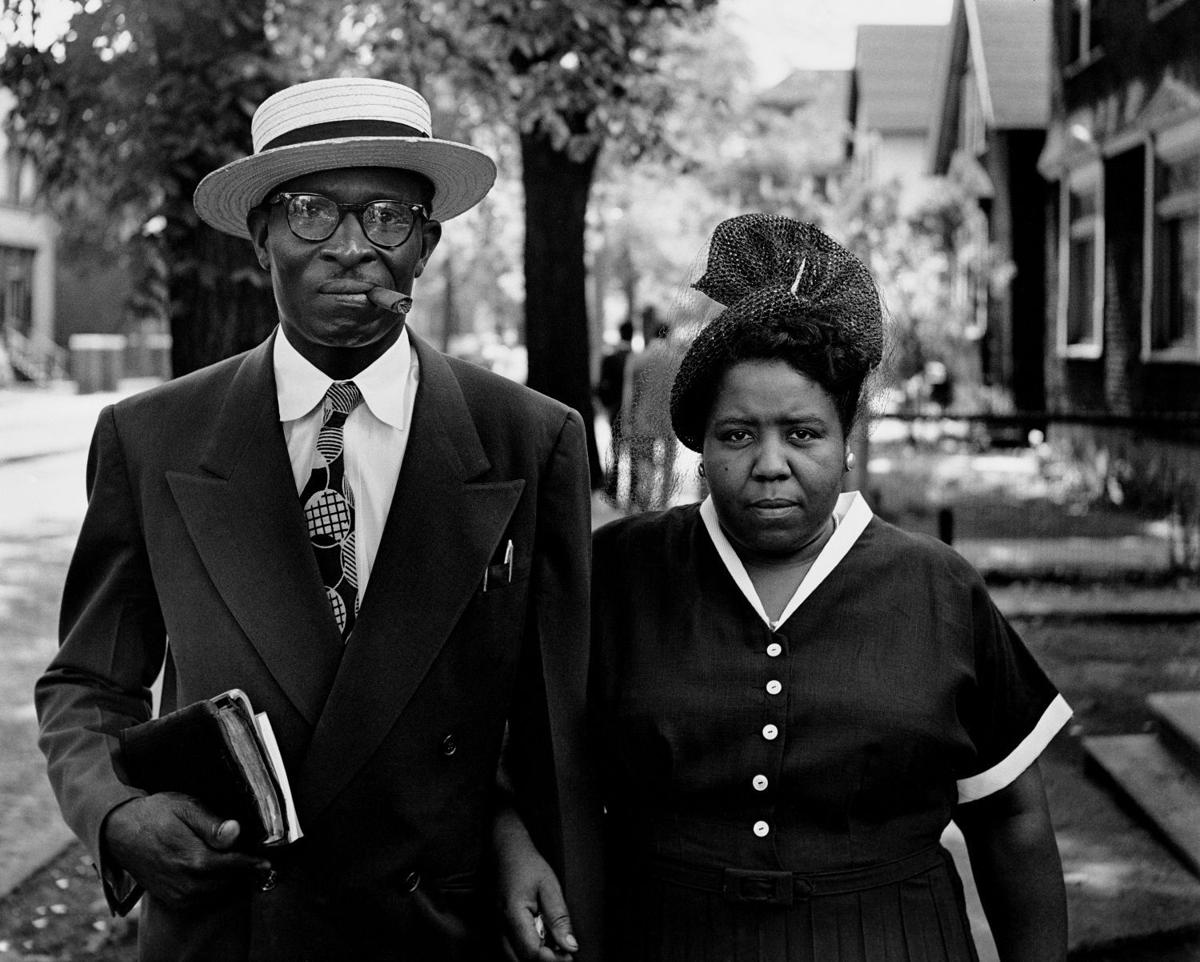 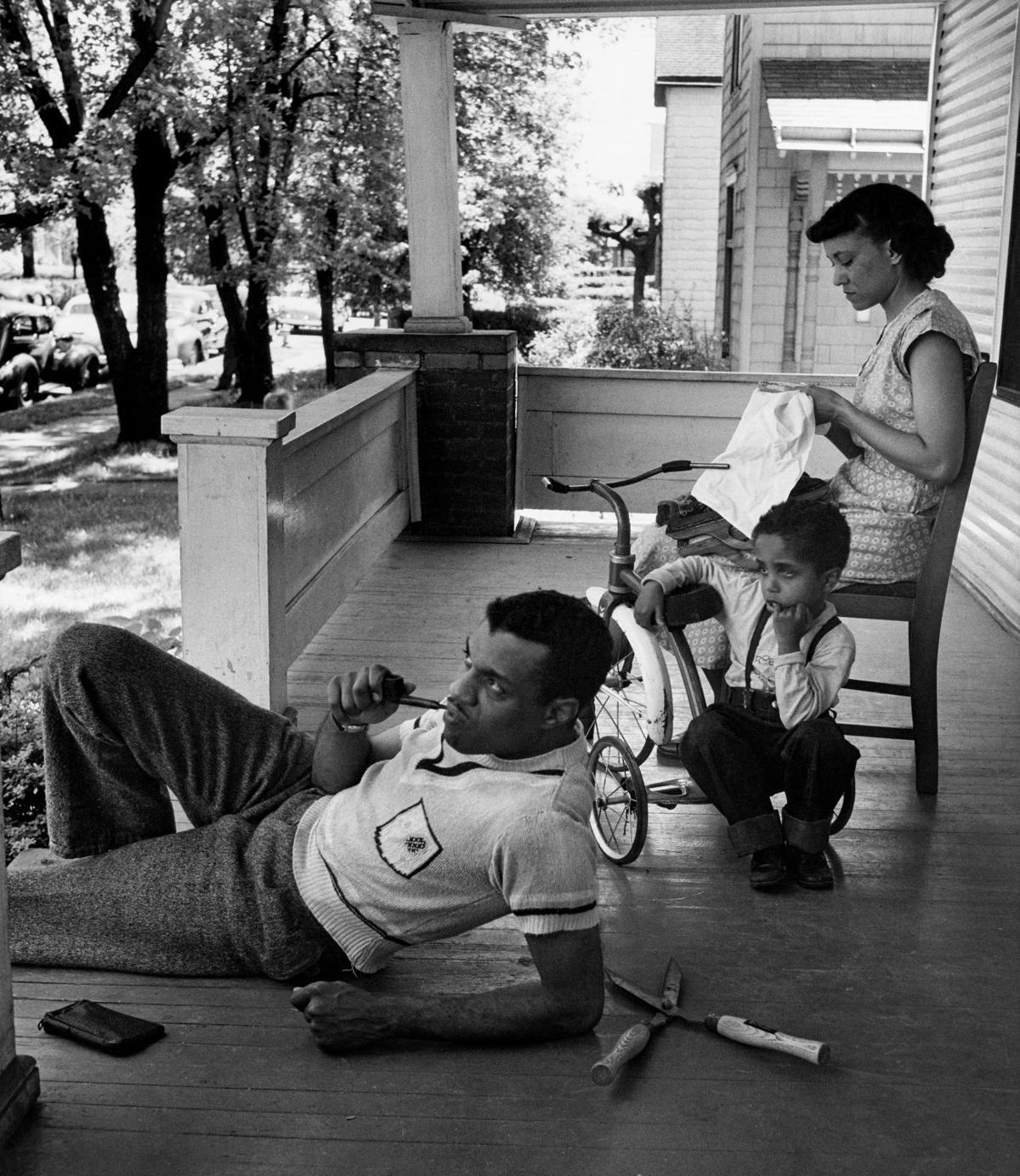 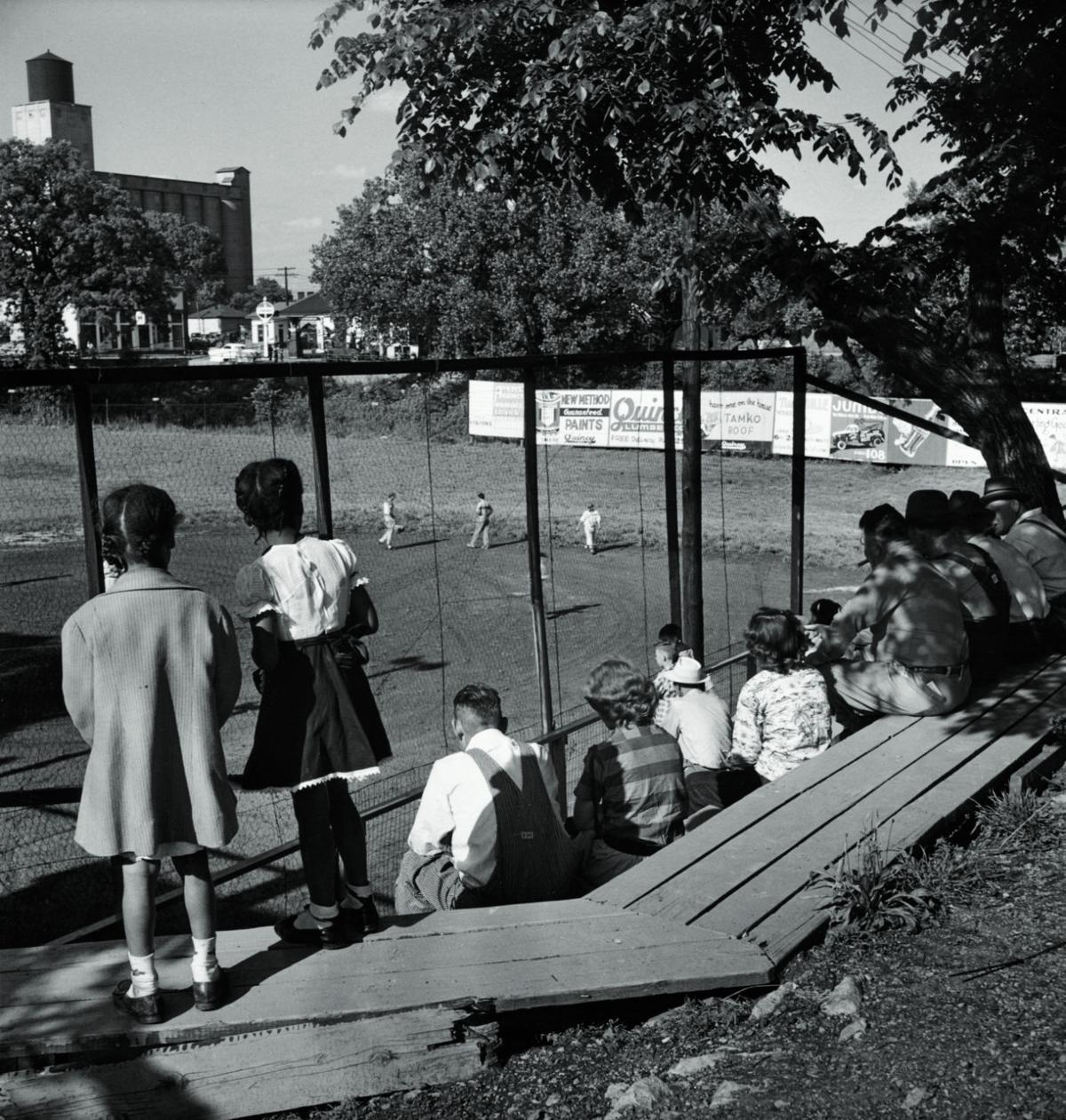 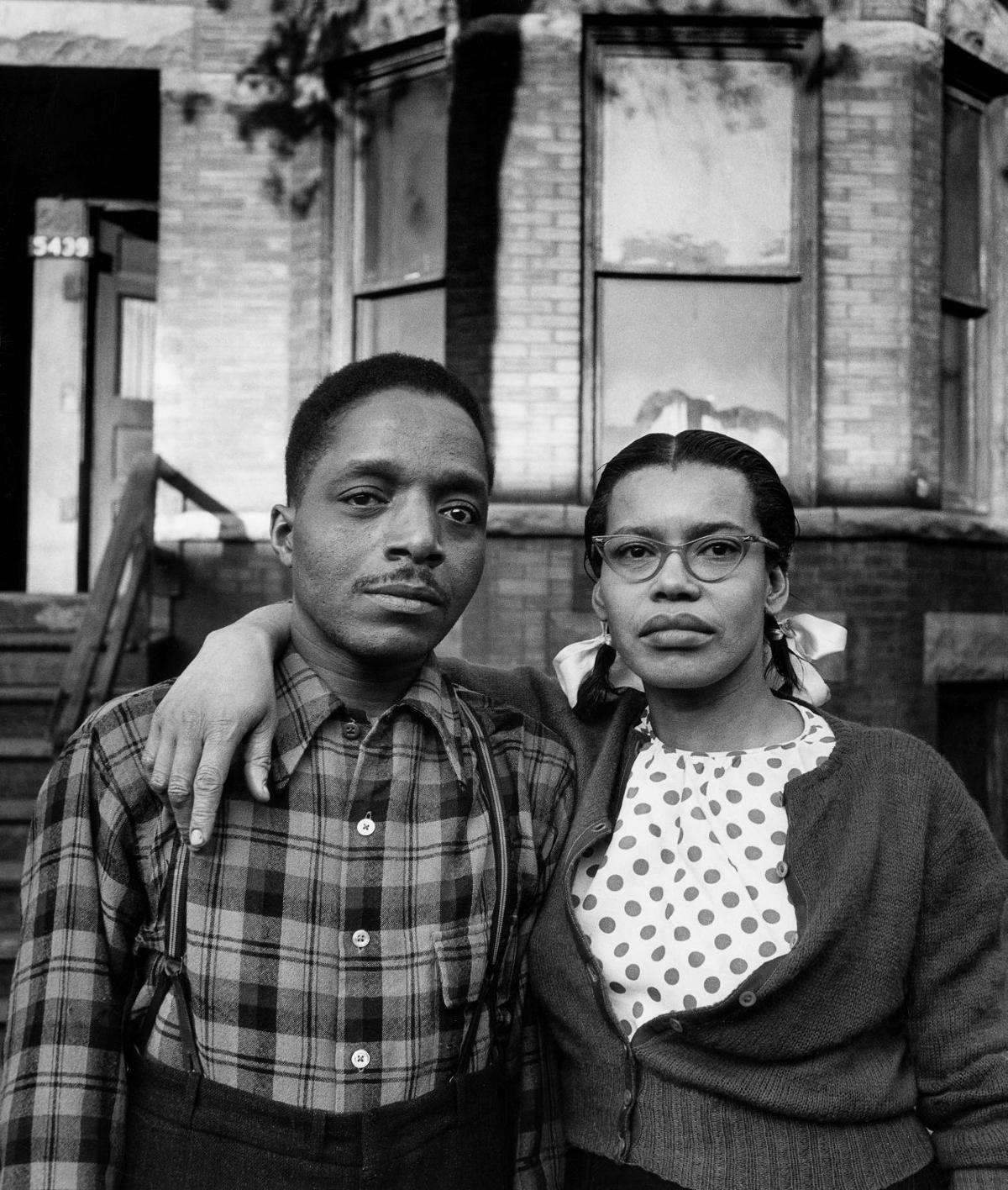 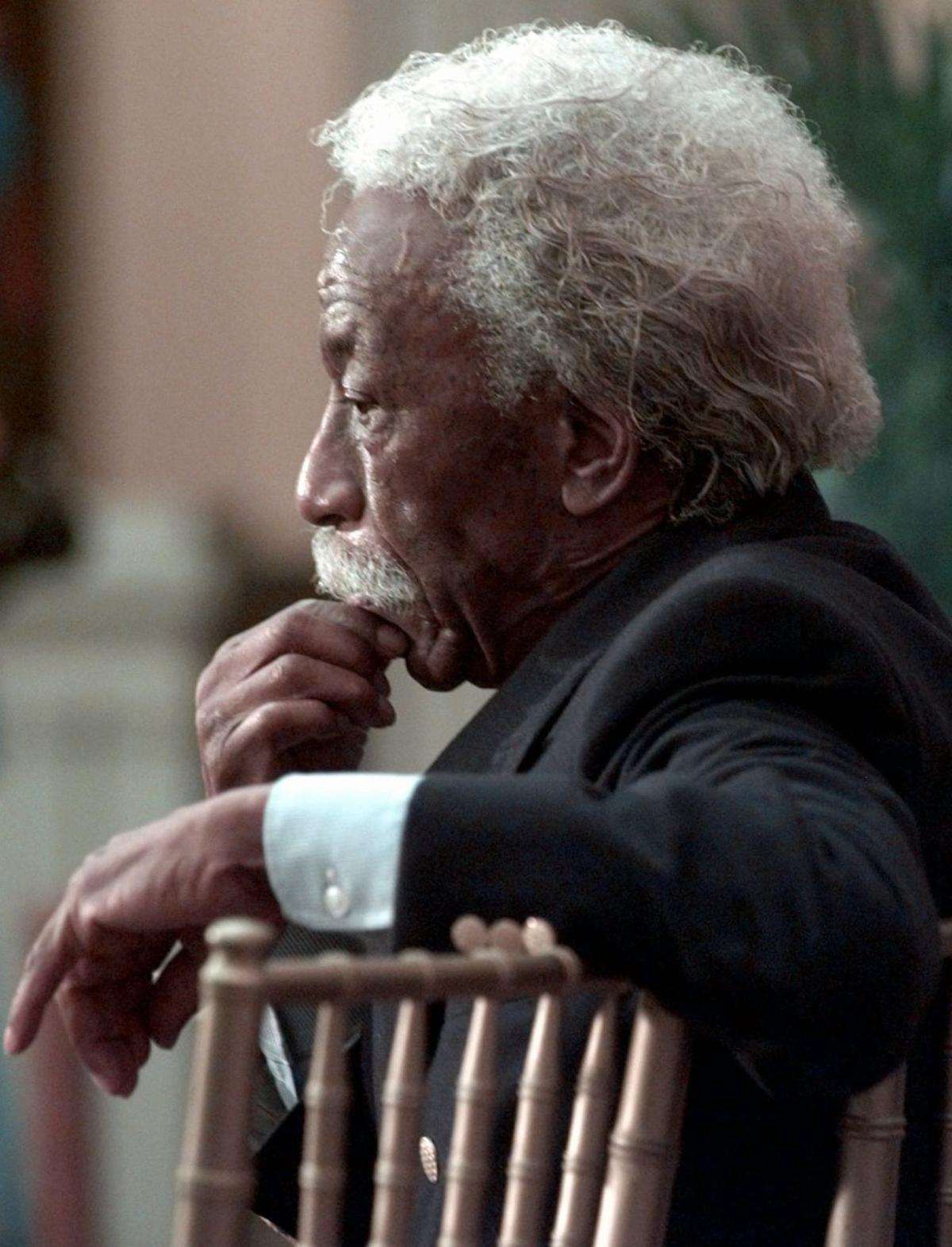 RIGHT: Photographer Gordon Parks at the opening of an exhibit of his works at the Corcoran Gallery in Washington in 1997. 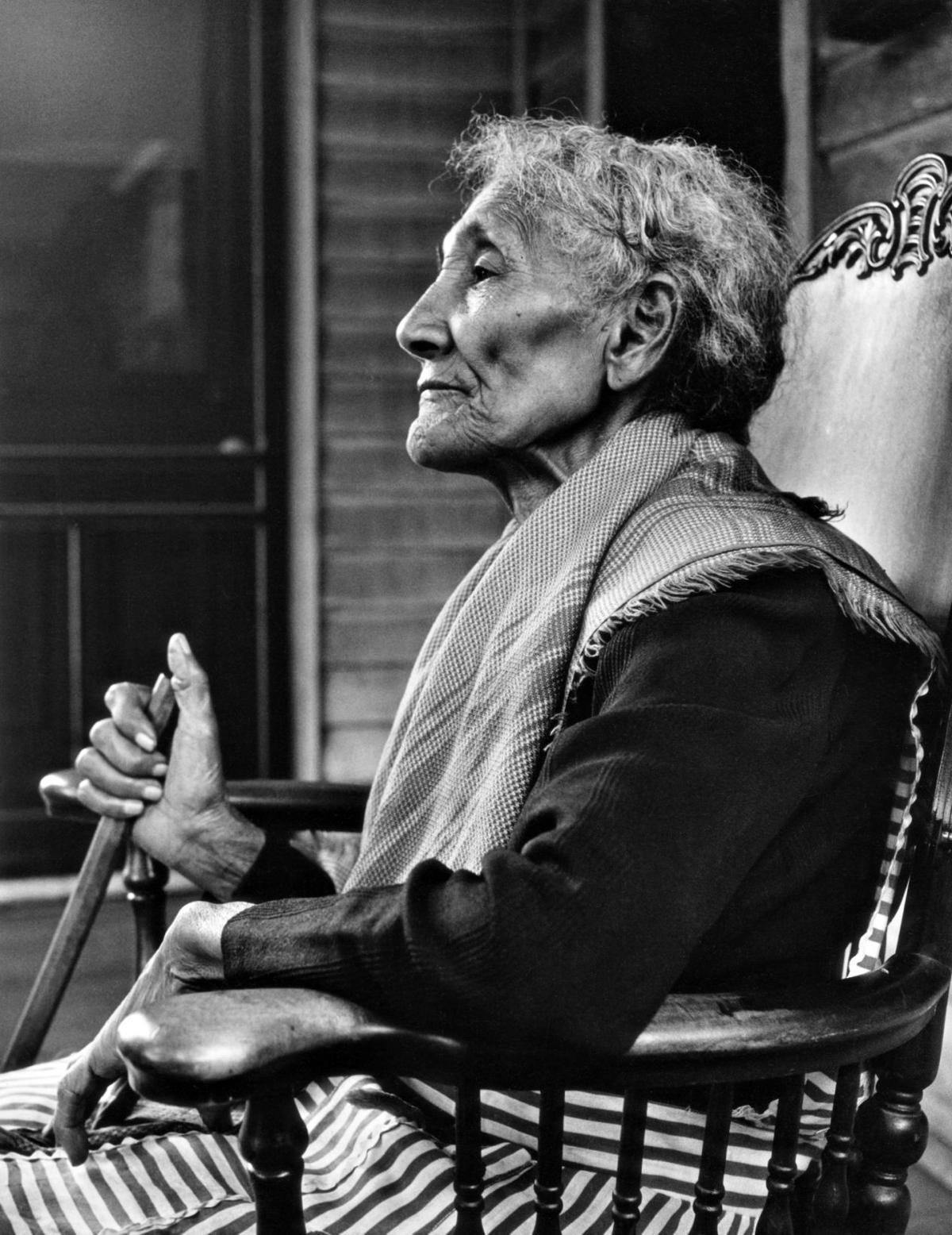 In a time of tumultuous race relations, when African- Americans challenged inequality at every turn, Gordon Parks photographed dignity.

In 1950, that personal experience provided a focal point for a Life magazine assignment on segregated schools. Twenty years after he had moved away from Kansas, he’d returned to the segregated town where he grew up to reconnect with classmates and document their lives.

The story was never published in the magazine, but it later inspired Parks’ semiautobiographical novel and film, “The Learning Tree.” The powerful images for the Life assignment have come to light in an exhibit that opened last week at the Virginia Museum of Fine Arts.

“Gordon Parks: Back to Fort Scott” was organized by the Museum of Fine Arts, Boston. For the Richmond exhibit, eight Gordon Parks images from the VMFA collection were added to represent some of the other groundbreaking stories he covered.

Sarah Eckhardt, associate curator of modern and contemporary art, feels a personal connection to the artist through her work with the VMFA collection and the 2014 “Signs of Protest” exhibition on civil rights photography.

That exhibition was the first time she worked with photographs by Parks. “That’s when I started reading the Life stories that went along with them,” she said.

Parks’ first assignment for Life in 1948 was for a photo essay, “Harlem Gang Leader.” For a five-part series on segregation in 1956, Parks photographed three generations of an Alabama family. For an issue in May 1963, he spent months with the Nation of Islam and wrote “What Their Cry Means to Me.” He offered excerpts from his book and wrote about the blatant racism he’d faced during his career in August 1963’s “How it Feels to be Black.” He photographed Stokely Carmichael and wrote an essay about why the militant message resonated with black youth in 1967.

“It really was simultaneous that I had started collecting these photos and had read the Stokely Carmichael essay and was blown away by the power of Gordon Parks’ writing at the time,” Eckhardt said. She also talked with John Edwin Mason, an associate professor of history at the University of Virginia who is writing a book about Parks.

“Being a staff photographer for Life was the pinnacle,” Mason said. “It’s like being in the starting lineup for the New York Yankees. It was incredibly competitive to get there. ... If I didn’t know about Gordon Parks — and I’m a historian — and somebody came up to me and said there was an African-American on the staff of Life magazine in 1949, I would have laughed.”

Eckhardt was just as amazed by Parks’ work, especially the photographs connected to stories that he wrote, “because I was really interested in the role that photography played in the civil rights movement,” she said.

“I was interested in a broader understanding of civil rights photography — not just images of protest or images of sit-ins, but images that shifted or put forward a dignified image of African-Americans in opposition to the kinds of images the media was reproducing at the time.”

Parks was a prime example of that broader understanding.

“I spend a lot of time thinking about this privately,” Eckhardt said. “There are not as many moments when a curator gets to show the work to the public and have a conversation with the public about it.”

In light of recent police shootings of black men and retaliatory shootings of police, “I think that this work is sadly as relevant today as it was in the late 1960s,” she said. “There are so many similarities between historical moments.”

Parks’ essays are objective and honest, she said, like his photographs. They help bring a multifaceted understanding of the lives of others.

“I think Parks’ title of the 1963 essay, ‘How it Feels to be Black,’ speaks to the sense that there are differences in the way black America and white America are experiencing America,” she said.

'Gordon Parks: Back to Fort Scott'

PHOTOS: 'Gordon Parks: Back to Fort Scott' at VMFA

RIGHT: Photographer Gordon Parks at the opening of an exhibit of his works at the Corcoran Gallery in Washington in 1997.