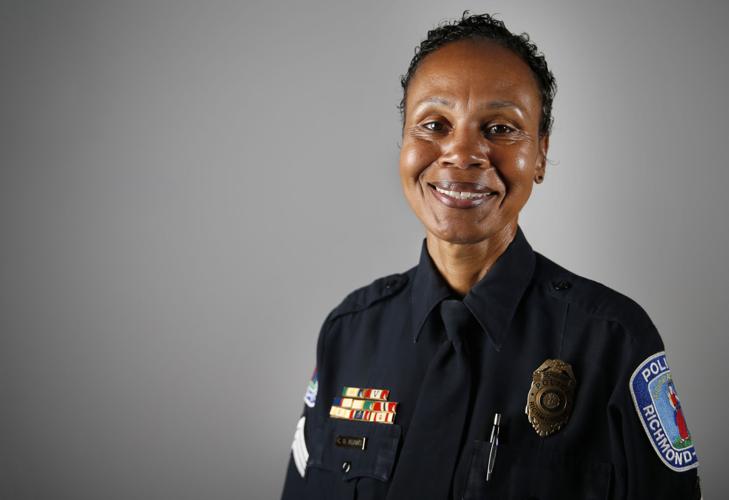 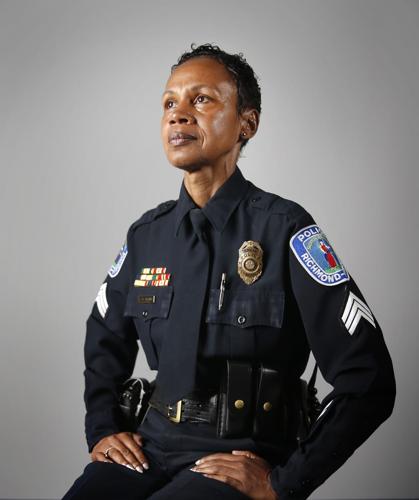 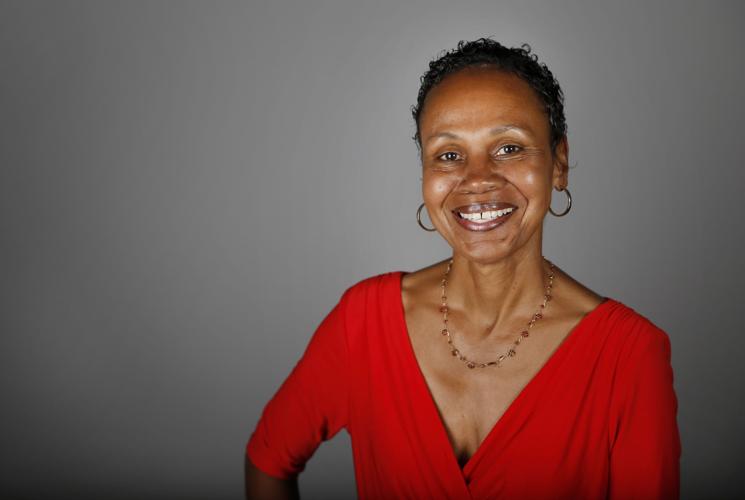 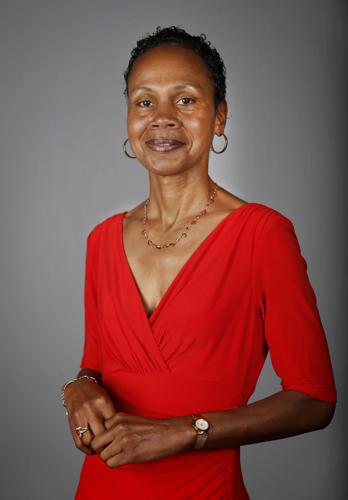 Adams "is truly the mother of the many underserved living in poverty ... and in abusive relationships," Richmond Police Chief Alfred Durham said. "She has changed the lives of hundreds of residents in this city."

Adams, 54, joined the force in 1997 and now heads the department's community care unit, which tackles a variety of social ills and needs that aren't always directly tied to fighting crime.

Adams and her crew provide or coordinate an array of programs, such as Shop with a Cop, domestic violence awareness training, basketball camps for kids in the city's housing developments, delivery of Thanksgiving and Christmas meals and gifts, and law programs for young adults.

She seems a natural in the role, perhaps because she knows firsthand the reverberating effects of family and community violence: In 1980, her own family was turned upside-down when her father shot and killed her mother.

At age 17, she inherited the responsibility to care for herself and a younger sibling. But Adams overcame the tragedy with positive action instead of retreating.

"Even though I lost my mom to domestic violence, I never really wanted for anything," said Adams, who moved to Richmond from Emporia at age 5. "We always had the basics, and God put me in a position to be able to help (others)."

Adams said her mission with Richmond police is just a more structured version of what she has been doing for much of her life. She also heads the Carol Adams Foundation, which was established in 2014 to provide support and assistance to victims and families touched by domestic violence.

Even as a new police recruit in 1997, Adams was helping others in the community. She was first assigned to work in her old East End neighborhood, and "that was really fine ... because that allowed me to do things for the older people that I'd known all my life. And I guess that got me started."

Some of her outreach today is spontaneous, such as the delivery of a new pink and purple bicycle to a South Richmond girl. The 4-year-old had called 911 when her great-grandmother experienced a medical emergency and guided rescue personnel to the family's home.

The bicycle was a reward for a job well-done – and Adams and fellow officers presented it quickly, to make a timely statement. There had been a fatal shooting in the neighborhood less than a hour before, and the girl had seen the man's body on the ground. "In times like these, we have to be about the community," Adams said at the time.

She recalled another interaction with a child years ago. She was approached by a 6-year-old boy in Gilpin Court who said his bicycle had been stolen.

Adams encouraged the boy to get into her police car, so they could drive through the neighborhood together to find it. But the boy adamantly refused: He was worried about being perceived as a snitch.

For Adams, that moment became "one of the determining factors" in her efforts to change the public's perception about police – "especially the babies."

To the chief, those efforts are in good hands. Adams "has a servant's heart," Durham said, "and it's manifested each day."

Tell us about a setback and what you learned from it.

In 1981, when I had to decline the opportunity to join the Air Force. It was my lifetime dream to wear the blue uniform, but after the tragedy of losing both of our parents overnight – one to a higher power and the other to the corrections system – I decided it was best to stay home and not leave my sister. Now it was just her and me.

But 16 years later, I received a different blue uniform that I wear proudly every day here on the streets of Richmond.

Tell us about a small moment in your life with a big impact.

It was simply five gunshots that rang out in the room next to me on Dec. 30, 1980. If the incident was timed, it took approximately two to three minutes for my life to be turned upside-down forever.

It was just another homicide in the East End to those watching from afar. This night would end, yet the depth of the damage and the scars it left behind cannot be measured. A downhearted ride to the hospital, and what I remember most is watching the police and doctors decide who would give us the horrible news: This incident left me an orphan as a result of my father killing my mother.

While trying to understand this horrendous eruption, my grandmother, Mary Powell, simply said to my sister and me: “You must trust in God and know that he doesn’t make mistakes.” She also said: “You can’t’ hate your father for this act; you have to let God take care of it all.”

My grandmother’s statement seemed contrary to the outcome of the trial, because my father was offered a plea bargain of seven years, with five suspended. This left him with a sentence of two years to serve for taking my mother’s life.

We had to live under the advice of our grandmother, which meant honor thy father upon his return to society. This we did, as we cared for him until he took his last breaths and died of lung cancer in 2001.

This event also has played a vital role in my professional life. I joined the Richmond Police Department 17 years later with the goal of helping people. My primary interest is always the children, because they are hostages to the circumstances they’re born into.

After responding to domestic violence calls, I began to share my stories in an attempt to help individuals understand the damage their children were incurring. As I shared this while in my police uniform, victims were shocked and did not expect to hear the things I was saying. I truly understood what it’s like to be on the other side of the tape.

I then began to use my financial resources to provide transportation and overnight housing for victims when a service provider wasn’t available or there weren't resources. As time passed, I would seek assistance from everyone I thought might be willing to help.

This led to the development in 2014 of the Carol Adams Foundation, where our mission is to provide emergency assistance to women, men and children who are victims of domestic violence. Through the foundation, they will have a temporary safety net that will let them live violence-free and have the opportunity to become self-sufficient.

The Carol Adams Foundation was established in 2014, since the inception we have a transitional home which houses a family for one year. We have a food, cloths, furniture closet along with a food cart to help provide jobs and employment history. We host mom support classes, after-school program and summer camp for youth.

It’s very important for me to demonstrate my faith in God, by trusting him to be my protection along this journey. I must applaud my Richmond City Police Department family for their support of my efforts of community engagement projects outside of regular duty assignments.

Who is your role model?

My grandmother, Mary Ruth Davis Powell. She was born in December 1914 and lived until she was 100 years and 5 days. My grandmother was a strong, kind, giving and loving human being. She never turned anyone away; she would give her last to a stranger. She always encouraged us to follow our dreams and supported us through them.

What is your favorite movie, etc.?

“It’s a Wonderful Life.” The movie is a reminder that this life is not about things or money but simply relationships – good and not so good. I watch this movie at least three times a year at Christmastime. I do believe in angels!

What is something you'd like to do that you haven't done yet?

I’d like to travel to South Africa for a luxury safari and city tour. I love nature, and photography is one of my hobbies. One place specifically I want to visit is Robben Island, where Nelson Mandela was imprisoned.

What is something about you that might surprise others?

I am an introvert and am very shy. And at age 17, I inherited the responsibility of being the head of my household and cared for a younger sibling, obtaining and managing our finances along with day-to-day needs.

What is your greatest strength and weakness?

My greatest strength is my love for people. My greatest weakness is my hesitancy to say no.

If you could spend a day with a historical or fictional character, who would it be?

President Barack Obama. I'd like to discuss his book “The Audacity of Hope: Thoughts on Reclaiming the American Dream."

If you could deliver a message to a large audience, what would it be?

This life is not freely yours; it was given with expectations.

What is your favorite aspect of the Richmond region?

I love the natural features of Richmond and Virginia. In five to 10 minutes, I can walk, drive or ride my bike to enjoy the James River, our wonderful parks and botanical gardens, and the history of our capital city. In an hour or so, you can drive to the mountains and look out over a ridge or watch the sunset over the ocean.

What alternate profession or course of study would you choose?

There’s no profession that I would select other than policing. My job allows me to have a lifelong impact on everyone I encounter. This profession allows me to be an advocate for the voiceless and to connect people to resources.

2016 RTD Person of the Year honorees 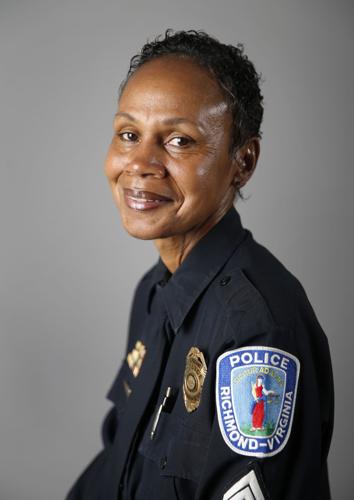